The ball flew from the player’s foot, past the goalie, and – was it really? Yes! It was!

Quickly hopping out of the bus, we arrived in the very historic town of Carmona. Originally a Carthaginian colony, it was taken and incorporated into the Roman empire in the 2nd Punic War, about 200 years before Christ. We even got to see the Alcázar, though not for long. It has been turned into an expensive hotel. Sweet! We then strolled around. We found and explored a Roman necropolis, which you could also call a city of the dead or a freaking ancient cemetery. Yes. That’s right. A freaking ancient cemetery. Most of the graves were in clusters. This was evidence of the Christian impact on the site. Wow! Carmona was crazy!

When you visit Spain, you’ll find that Spaniards go out and eat tapas, which are sort of like mini-versions of larger dishes, part of the Spanish cuisine. We tried these many times in Seville. They are delicious, cheap, and small, so you don’t eat too much. I’m sure everyone likes food like that. Well, these people certainly like food like that!

Playing Pokemon with a new friend.

The view of Sevilla from the cathedral.

Inside one of the tombs of the necropolis. 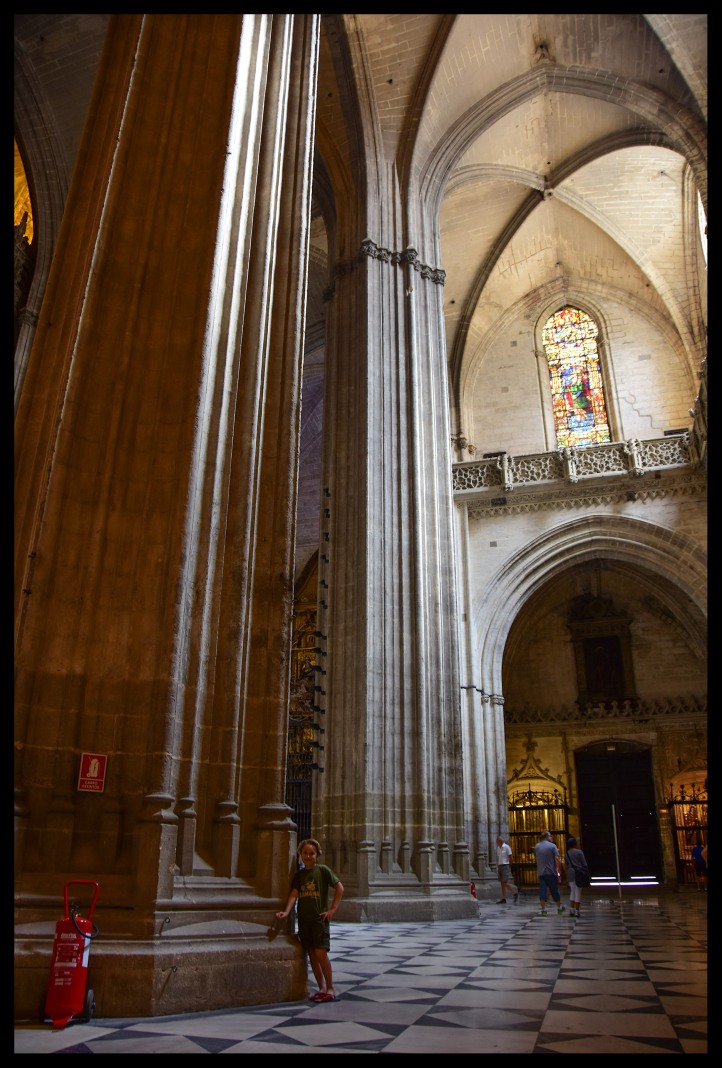 The catherdral in Sevilla is HUGE! The third largest cathedral in the world.