Whoosh! The wind flew past my bike. I was going downhill – and very fast, too. Bump! Then I ran over a rock the size of a soup bowl. I went all over the place. Both me and mom thought I was going to eat it. I just barely saved myself. Then Dad came on a purple school bus. Fifteen minutes ago Dad’s bike pedal had fallen off. They could not fix Dad’s bike. He had to take the bus instead. When we saw Dad next about an hour had passed. Then we had lunch.

There was a cute Vervet monkey trying to steal our food. We had to defend our food with a stick. Next we hiked through Hell’s Gate gorge. The canyon itself is actually called Hell because once, the ground opened up and people fell in. My gosh!

There we saw some caves in the rocks. Our guide said that the biggest ones belonged to the baboons. The smallest ones belonged to cheetahs. The middle ones belonged to leopards. There were also African Hunting Dogs that lived in holes. All of their holes were high up, so that when it rained, the animals were still safe. Luckily they didn’t hang around the canyon during daytime. The animals had adapted very well to their environment. They could all swim – even the cheetahs and leopards.

Our guide was a Maasai guy. He gave me a Maasai name: Olelemaya

When we got back we had three hours to bike nine miles to our camp. We had to bike at least three miles an hour. Then, we biked 1.5 miles in thirty minutes. After that, in one hour we biked 3 miles.

We stopped for about fifteen minutes at a big rock formation that looked like a really steep and bare hill. There we saw some rodents, called rock-hyraxes.They looked like big brown guinea pigs. The adults were about 2-4 pounds. There was a little baby suckling from its mother. It was about 1/2 pound. There were so cute!

We had to bike very fast without stopping to get to the rock-hyraxes, because of the numerous buffalo we were biking past.  When we finally got back, we were exhausted. We slept for 11 hours. When I woke up, my butt still ached from the day before. After all, it was still worth it.

Our guide helping me 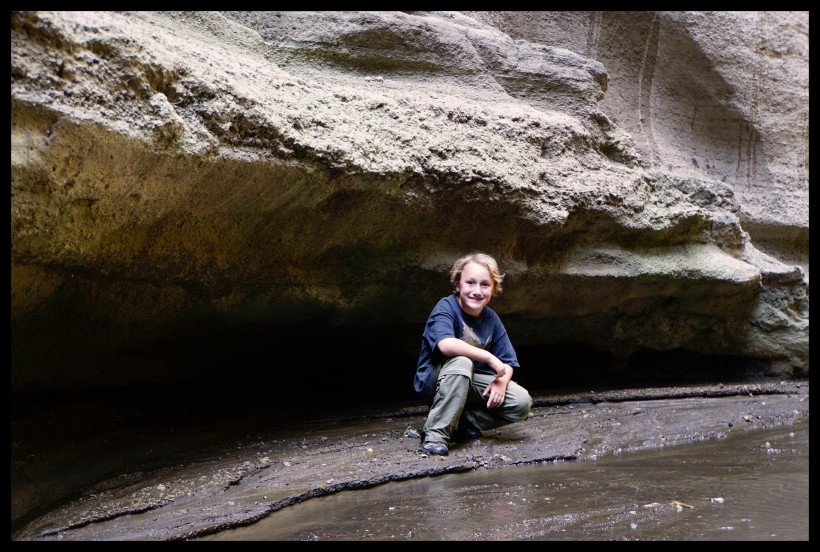 4 thoughts on “Hiking through Hell’s Gate with a Smile”