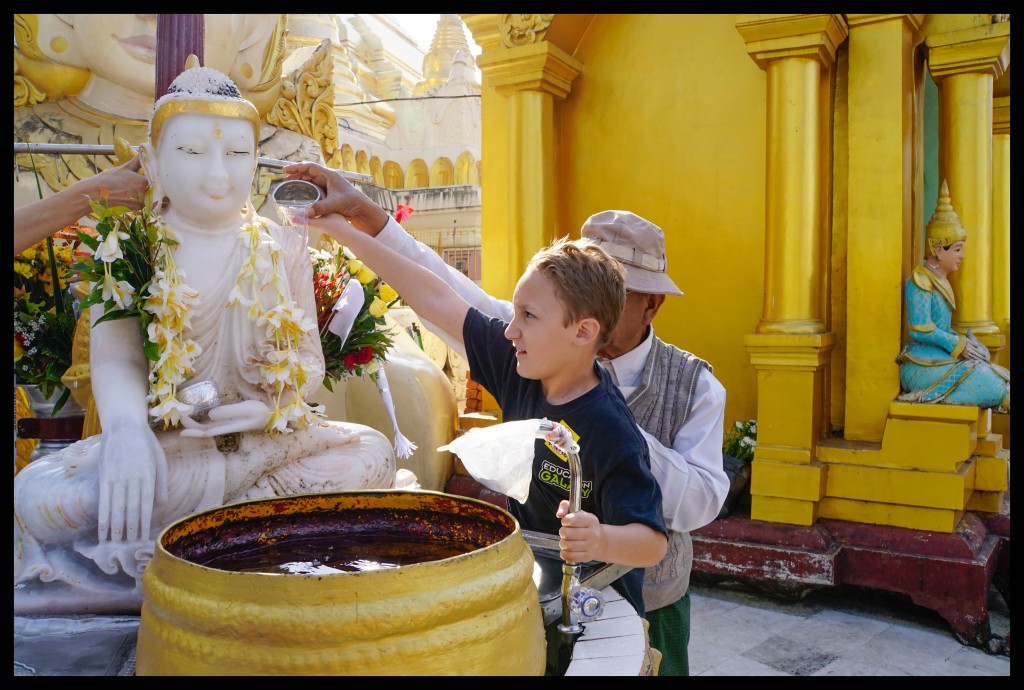 We finally got a taxi, after a long period of waiting. We gave the driver directions to our friends’ house. The driver told us that our friends’ house was very close to the Shwedagon Pagoda. We were almost at our friends’ house and BOOM: the Shwedagon poked through the trees; a massive, cone-like structure coated in gold leaf and gold plates. So massive, it could be a millionaire’s mansion, but it is not; it is a holy Burmese Buddhist site. We immediately decided that we were going there. A few days later, we did. We went with our friends, Loring and Su. Su is Burmese.

The Shwedagon was so amazing that we went back there! It was especially amazing walking up the long staircase. If you ever go to Myanmar, you have to see the Shewdagon. It’s the Sultan Ahmed Mosque (Blue Mosque) of Myanmar. It’s the oohs and the ahs of the city itself. It’s the sudden feeling of meaningfulness spreading through your body at first sight. It’s the amazingness and wonder of that first sight. It’s been the ancient pride of the locals for twenty-five hundred years. It’s the whole reason that Yangon is on the tourist track, and nothing, nothing can change that. 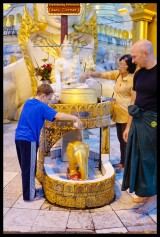 Bathing the Elephant in the Rahu Corner with Loring 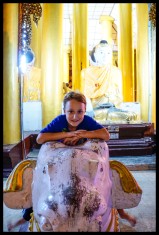 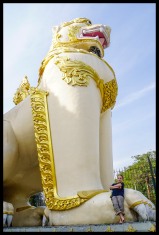 Shwedagon is guarded by HUGE lions 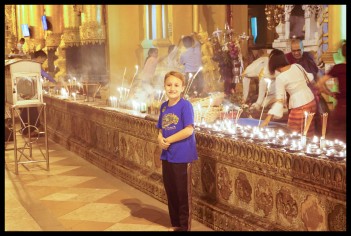 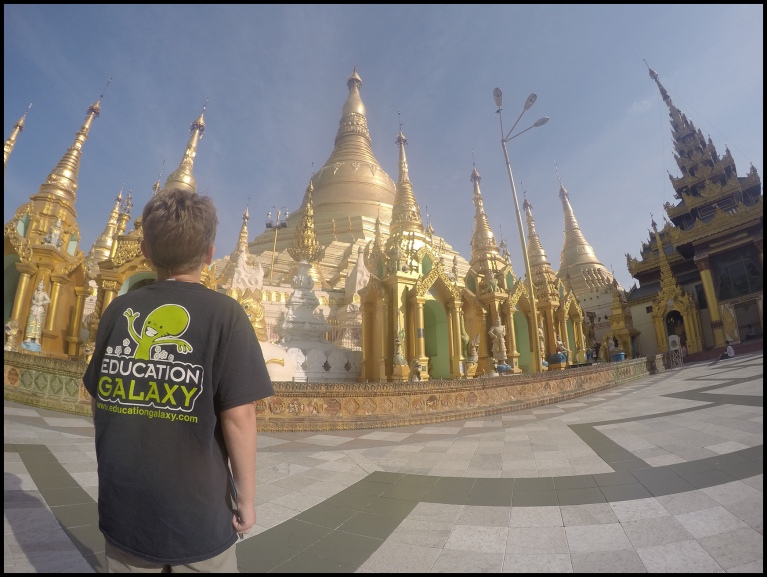 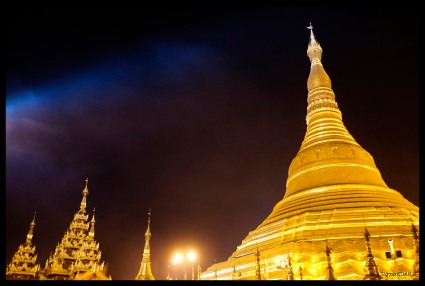 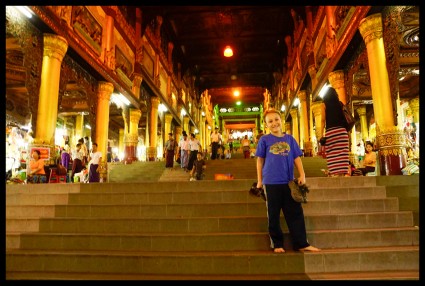