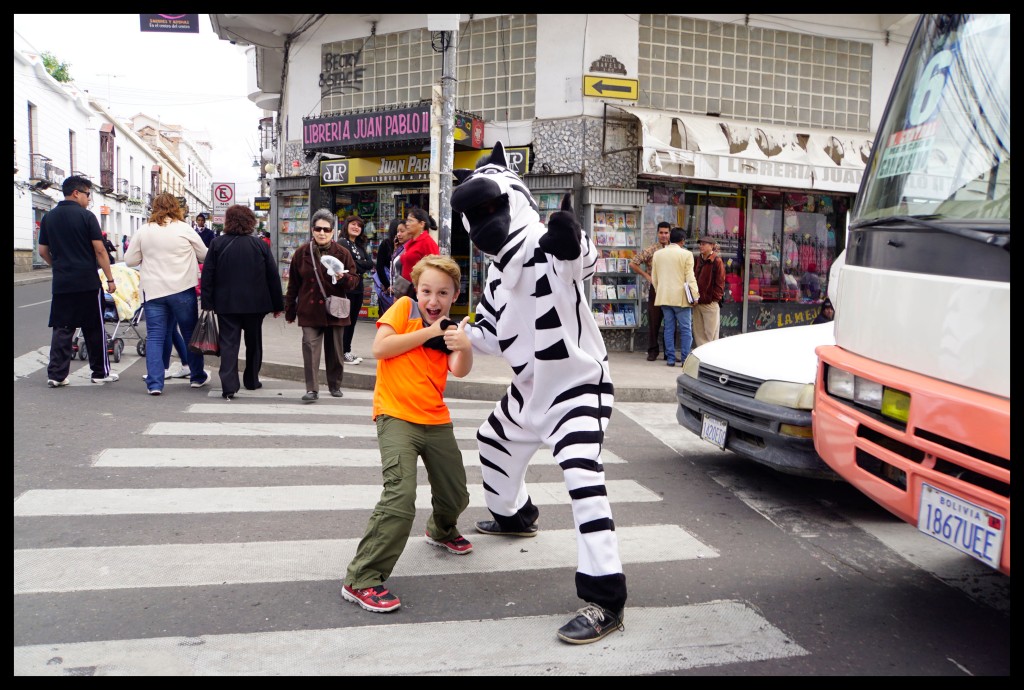 The theater darkened. The performance was about to start. I ate the cookies we had bought. The performance, apparently, was just different bits an pieces of different symphonies by Handel. I only lasted a few clips before nodding off. I woke up to the loudest ‘Alleluia’ ever. When we got home, I went straight back to bed.

More fun I had was when I played with the daughter of the owners of our guest house, Carla. We would play Plants vs. Zombies, and with our Uno cards and toys. One day, we both had school holiday, and we played with several toys. With the Uno cards, not only did we play classic Uno, but I also made up some games, like Wild Match, Uno War, and Uno War 2. 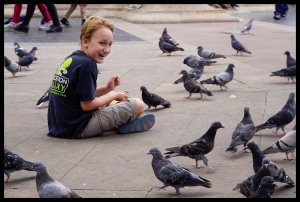 Something we did almost every day that I enjoyed was feeding the birds in the main plaza. It was very relaxing – less exhausting then chasing them. It gave me lots of pleasure. Sometimes, we would eat ice cream while watching people breakdance in the middle of the square. The zebra crossing guards were cool, too, and one day, on our way to the main plaza, we encountered a parade.

Across the street from the main park was the liberty house, which used to be a Jesuit chapel, but had been turned into a meeting place, were the original declaration of Bolivian independence was signed and kept.

We also saw the cemetery, which was beautiful but sad at the same time.

Whether it was the theater, the plaza, the cemetery, the liberty house, or home, there is always something to do in Sucre. 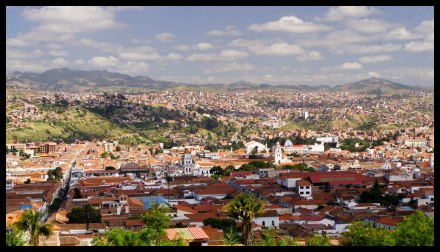 Sucre old town and beyond

The sausage at the stand in the market was delicious! 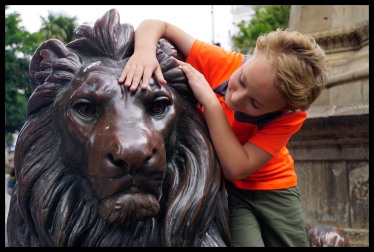 Fun in the Plaza 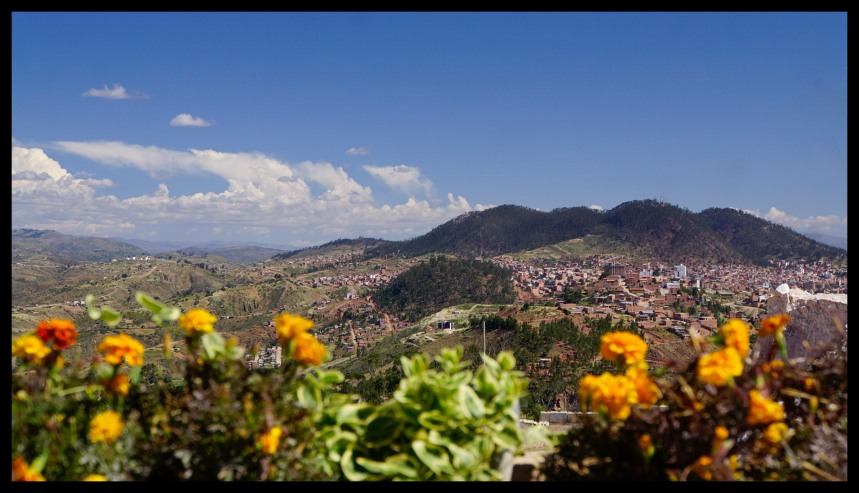 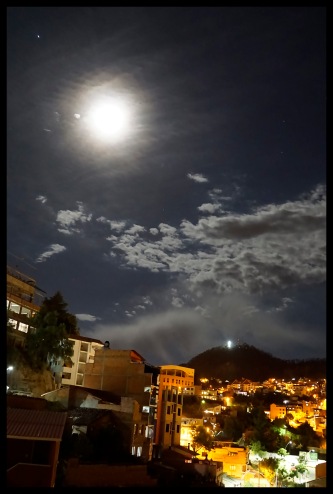 Moon view of Sucre at night 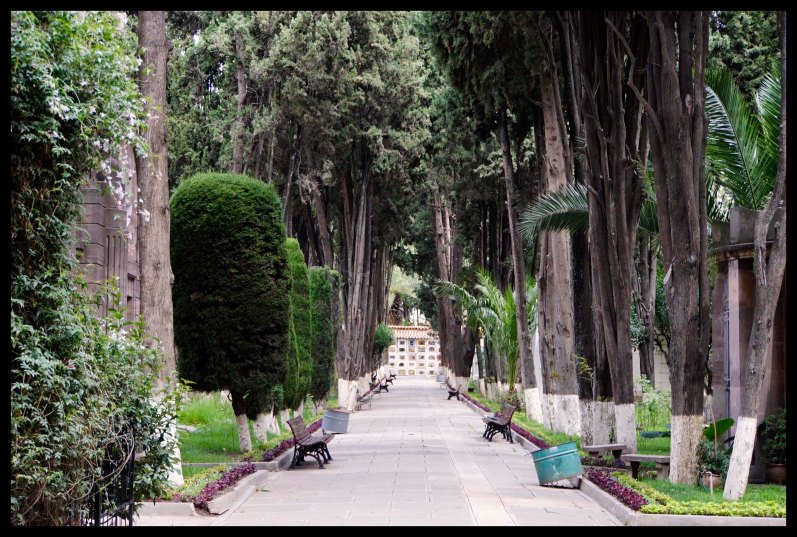 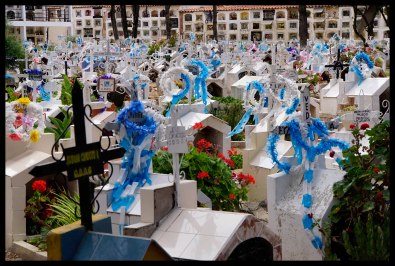 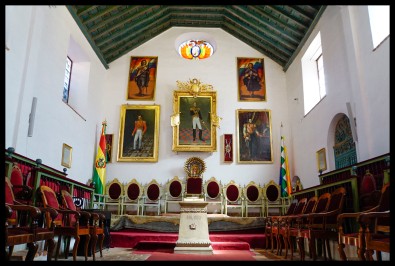 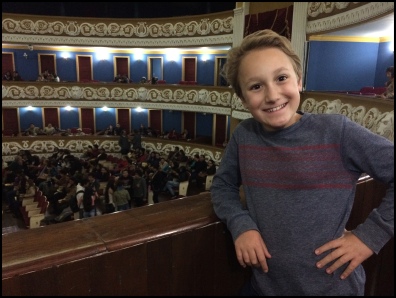 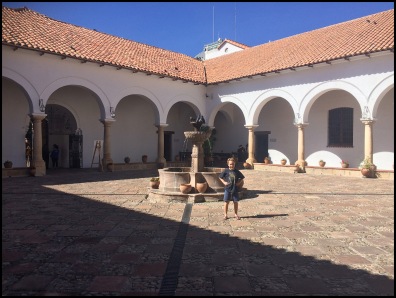 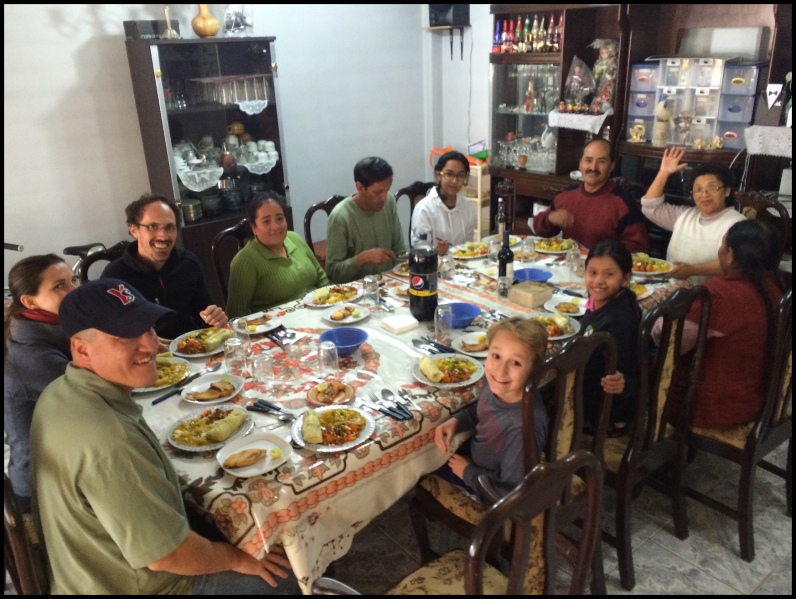 Good Friday dinner with our host, the Munoz Family, and othere guests Amelie and Antoine from France.