Did you know that I am very interested in space? If you do, you’ll know where to find me in 20 years! If not, you don’t know me yet! At the Space Expo, I was all around amazed at all the close-ups of planets, the International Space Station, and the projects that are going on.  Galileo is a project by the European Space Agency. It is supposed to be Europe’s version of GPS. That sounds amazing, doesn’t it? The European Space Agency is also working on a moon base. They’re planning to use moon dust to 3-d print blocks to use. However, they don’t want to use actual people to create the base. Rather, have robots do the dirty work, while the humans in the International Space Station control the robots. The European Space Agency also wants to send another rover to Mars. This project is called ExoMars. Its goal is to find life on Mars by drilling a couple yards under the surface. Who knows what will happen? Maybe they’ll find life like humans on Mars! It’s possible! Scientists have found evidence that proves the fact that liquid water used to exist on Mars! Perhaps by the time I follow my dreams and become an astrobiologist, they’ll already have found life on other planets. Whatever happens, I will dedicate my life to finding, studying, and preserving life on those other planets.

I became an astronaut!

I jumped really far on the moon!

The view of Earth is so beautiful!

The bathroom isn’t too different…

Learning about importance of insulation

It was great to meet Mr. Armstrong. 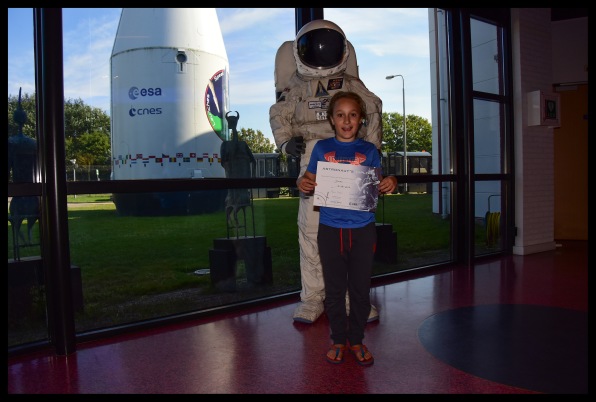 4 thoughts on “Space is the Place”