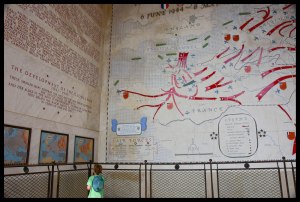 The graves stretched down the hill and into the distance at the Normandy American Cemetery. Such a sad graveyard. Down below us was Omaha beach, where many of the buried American soldiers fell and died. The countless rows and columns of crosses were dotted here and there by Stars of David. On each of them showed the soldier’s name, when they died, and which state of the United States they came from. I shuddered at the ones that said “Known But Unto God” because the idea of being blown to bits or burnt to death gave me the creeps. No one deserves to go like that. All of those soldiers deserve Medals of Honor. However, being buried in the land they helped to liberate might be even better than a Medal of Honor. We all give thanks to our soldiers. If Nazi Germany had won the war, more horrible and more terrifying things would have happened. The only things that stopped Nazi Germany were the Allied veterans and fallen soldiers. We thank you with all our hearts. 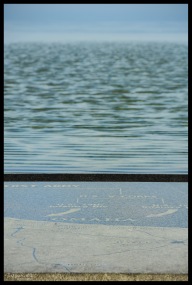 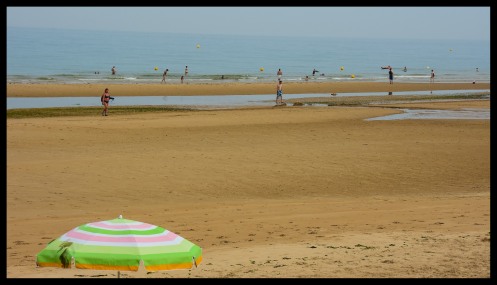 One thought on “Normandy”