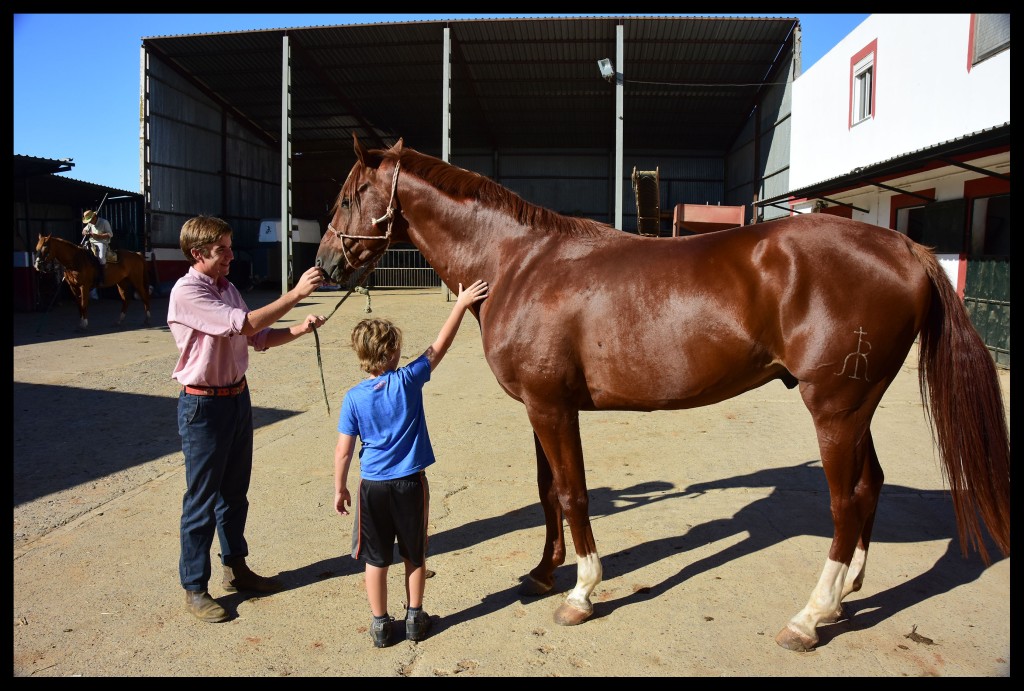 The amazing Alcázar stood there before us, looming over us like a mountain looming over a couple of shrubs. My dad and I were at Real Alcázar in Seville, also called the Alcázar Seville. Which name do you prefer? I prefer Real Alcázar, because it sounds more Spanish and beautiful. Real Alcázar was ordered to be built in 1340, commissioned by King Alfonso XI, a Christian king, in Mudéjar style, a blending of Spanish Christian, and Moorish architecture, and used as the capital. Well, today it’s one of the Spanish royal family’s many houses. Yes. That’s right. One of the many. We got to look at some of the rooms used by the royal family. They all featured elaborate furniture and marble floors.

I had a lot of fun sliding my feet on the marble floors. Slide, slide, slide, slide! All of the rooms had the same carved wooden ceiling. One of them had an amazing view of the gardens. Another of them featured lots of tapestries, mainly of the the Don Quixote series. After exploring the rooms of Real Alcázar, we explored around the gardens and caught Pokémon. We really didn’t catch any new or good ones, but did manage to get lots of Pokéballs. Definitely a good place to stock up on Pokéballs. While we were in the gardens, I managed to catch a Machop, and evolve it into a Machoke. Awesome! It was obvious that at Real Alcázar, we had a very fun time!

The van was chased by loads of cattle as we drove by. We were in the Spanish countryside, visiting a bull farm, which breeds bulls to fight. This was one of the places were cowboy culture originated. The ranchers also had horses. They rode on the horses to help guide the bulls because guiding them on foot is too dangerous. Twice a week, the bulls run three kilometers. That’s far. Okay, okay, I know what you’re going to say. “It’s a bull farm. Shouldn’t you be talking about breeding bulls?”.  I’m getting to that.

There are six very lucky bulls on the ranch, not to go to a bull ring, but to mate. Each of them have 20 mates. My dad says, “That’s a lot of headache”. No offense, women. The cows, once they reach age 2, are tested by a torero, for strength and aggressiveness, to show which cows to breed, so they can have fierce babies. Only 20% of them pass the test. The other 80% go to other farms, for other uses, such as dairy. The ones that stay get to mate… and share their mate with 19 other cows. Would you rather pass or fail the test, if you were a cow? I would rather fail, so I won’t have to share my mate with 19 others. However, I would rather be human, and out of all the humans, I would rather be… me. 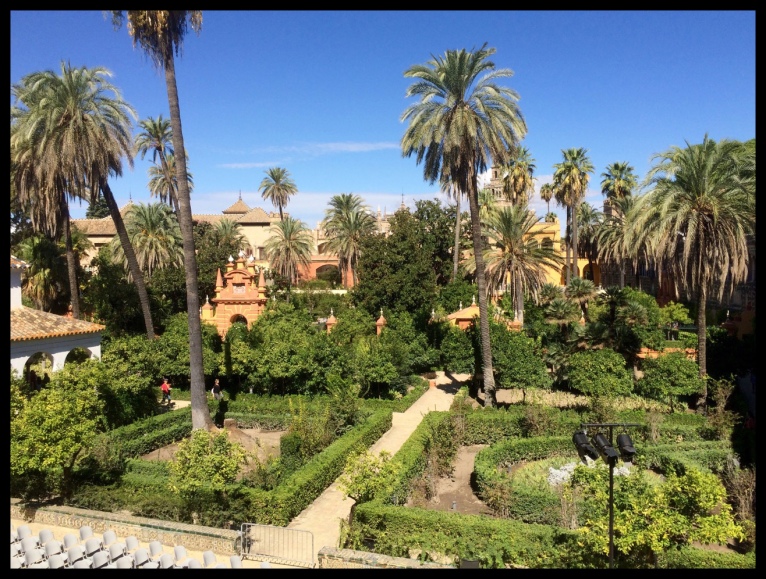 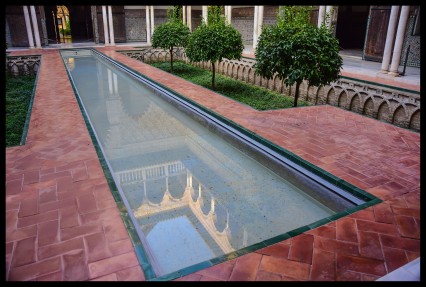 Courtyard of the Damsels – Real Alcázar- 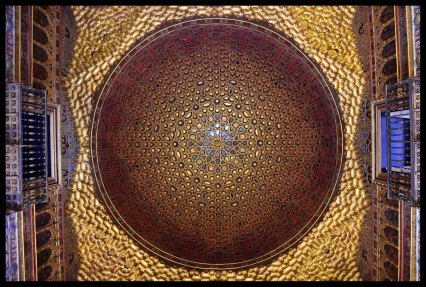 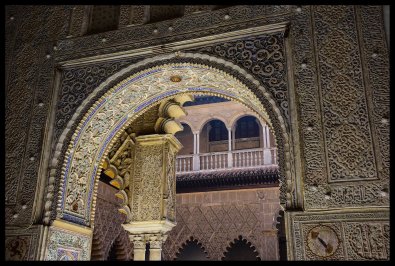 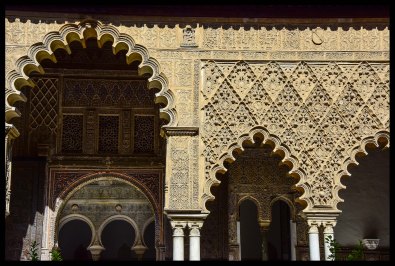 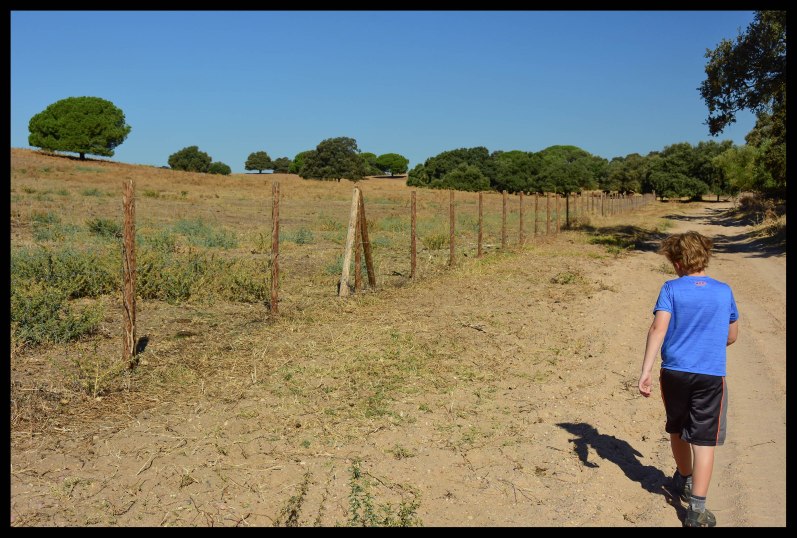 Walking on the Bull Farm 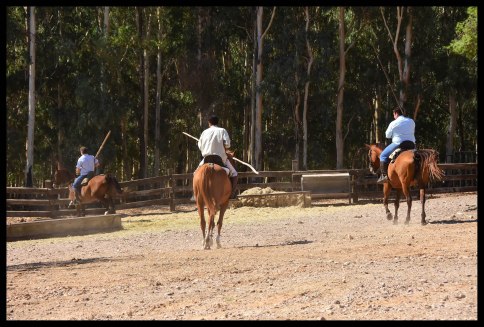 This is a cork tree. They are native to this part of Spain. 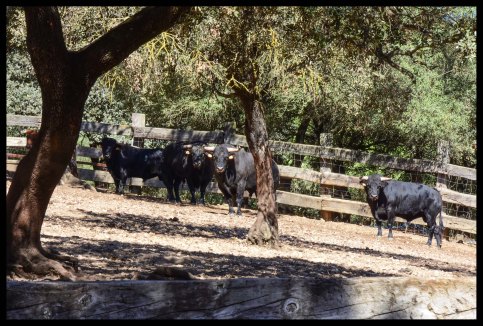 All these bulls have grown up together so they get along.