We passed through the grand Blue Gate, into the medina. We were in Fes, Morocco, just starting our time and getting to our hostel. The owner, Aziz, was so nice and hospitable. He even invited us to his house to see his family. He has a toddler, whose name is Adam, and an adorable little baby. Aziz has tons of live chickens upstairs. I tried to approach them and scare them, but something went wrong. Five chickens left the room, and ran all over the house! Three of them were chased back into the room, while the I picked up and carried the other two, one at a time. It was quite an adventure for Adam! Aziz also helped us get a tour all around the medina, or old quarter.

We saw loads of things, including a tannery, and some beautiful courtyards. A tannery is a place where they make leather. And from what I’ve seen, they STINK! I’m not kidding. The tannery we visited smelled like a massacre. It was so strong, I had to go back into the shop. Ew, ew, ew, ew, EW!!! I’m normally not the one to be grossed out, but that place REEKED. There’s nothing to compare it to, the death-smell was so strong. I saw them scrape the skin from fur, and… it was just so gross. But the grossness didn’t last.

We saw one beautiful court that belonged to a madrasa, basically a high school, but in Arabic. Tiled mosaics were everywhere. We also peeked through a door on the side of the street to see… an absolutely stunning mosque. It was so big, and covered in lavish quartz. The light bounced all around and dazzled our eyes. Wow! We had a fun time in Fes!

Playing PokémonGo next to the huge Blue Gate 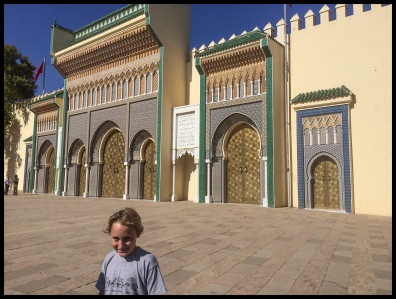 In front of the old Fes wall 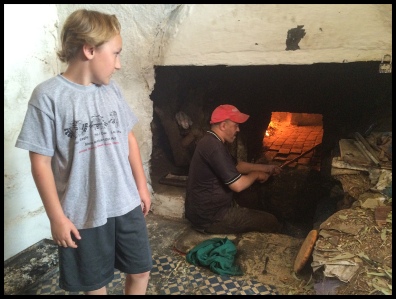 Checking out a bakery 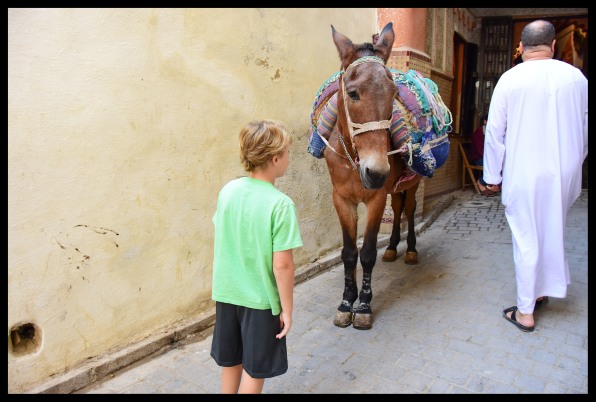 A donkey in the Medina 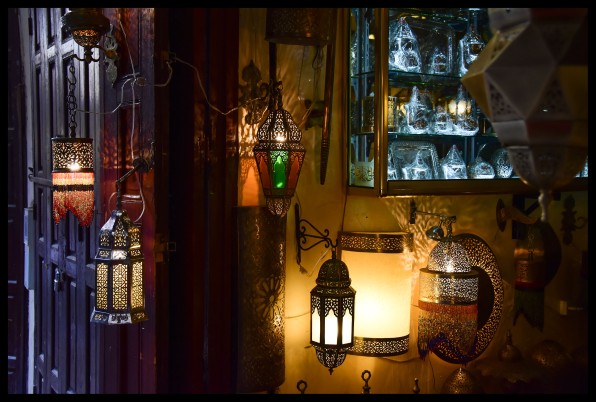