In Durban, a lot of fun. We went to a beach. I spent hours in the water and playing in the sand. I splashed around, and made up a game in the water. The point of the game was to get past each coming wave without going under or being knocked over. I, eventually, lost, and was toppled over by a wave taller than I was, but still had great fun.

We also went to a bird park. We watched a hilarious bird show. None of the birds would listen to their trainers! And the vulture tried to bite people’s feet and take their bags! The owl ran out of sight, and the kookaburra, as well as another bird, and the so-called ‘granny of the show’, refused to exit. Well, they did, eventually, but it took a lot of work. Crazy how some birds – and people – can be so obstinate!

The walkway next to the beach in Durban 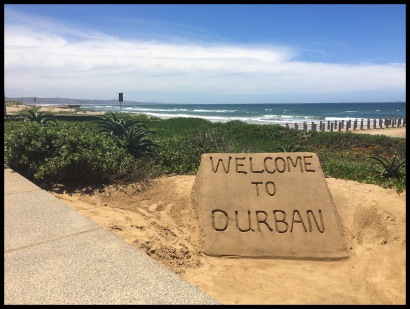 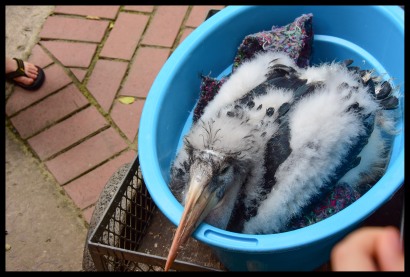 This one hopped right out onto the stage! 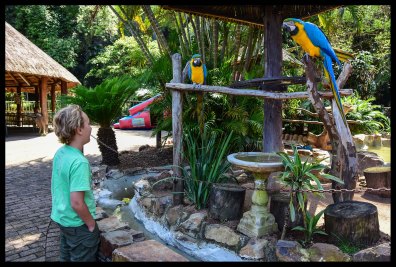