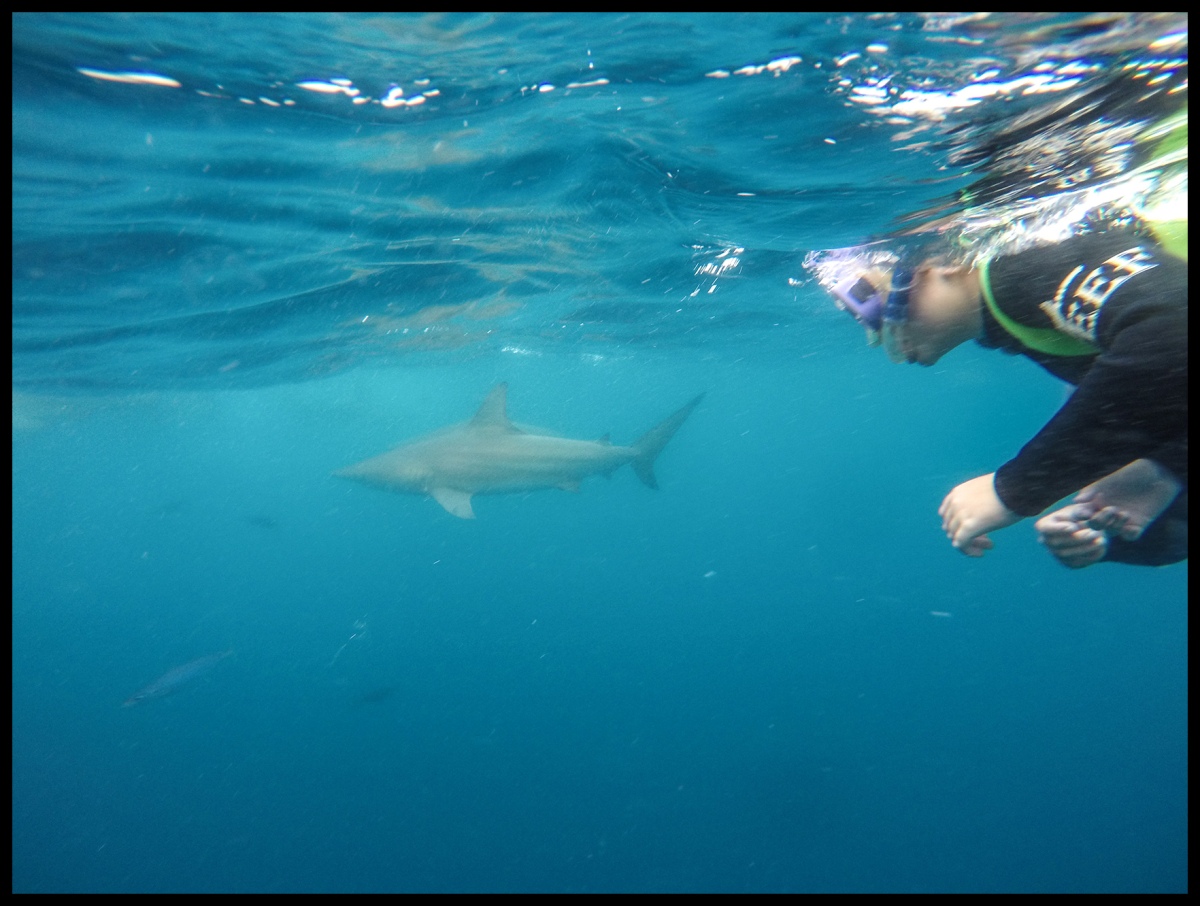 The sharks swarmed around us, circling and circling. The theme song from Jaws played in my head. We were snorkeling… South Africa style, meaning that we were swimming with sharks. With snorkeling equipment on. 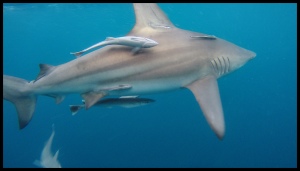 Don’t worry, the sharks were harmless. The only things that they wanted to eat were sardines. Also, you may not expect this, but the sharks were actually rather majestic. And, oh, that shimmer! The majestic, shimmery sharks swam through the water to the sardines. However, there is a reason people could be scared. When they get close enough, the sharks gobble the sardines up whole!

The sharks were black tip reef sharks, but only the females. The males were chasing the sardine run up the coast. You know, classic male stuff. All of them go great distances to find the males and mate, and these have scratches and marks on them. The scratches are from the males biting onto them as they mate. Rough. I know. Also, why were they here while their mates where swimming up the coast? It was because this was a better place to have babies.

Anyway, what was it like swimming with sharks? I held onto a log and looked all around us. One shark, two shark. From here to there, from near to far, shimmery sharks were everywhere! Wait. Let me get this straight. It wasn’t a mad frenzy of sharks, but there were a lot. However, sometimes you have got to zoom out on life. Doing that, our day with the shimmery sharks was amazing! 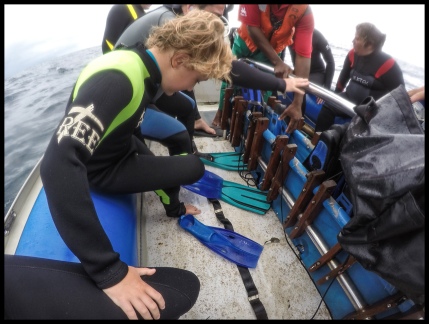