So, Halloween and Thanksgiving are predominantly American holidays, right? So how did we celebrate them in South Africa? Well, read on to find out!

You wouldn’t expect us to be able to have Halloween in South Africa, right? Turns out, there was a small celebration in Durban. It was only down a tiny fraction of one street, but it was nice. Although, I didn’t exactly get the Halloween craze you get in the US, but I still got some candy! Which was very nice, although the 8 pieces that I managed to pick up didn’t last long. I ended up eating them all later in the night. And sharing them with friends! I dressed up as a Berber, the first inhabitants of Morocco. I say, my costume was the most unique. The decorations were unique, too! All of them were homemade. Cool! What a way to lift the Halloween spirit! I had a spooky time!

Another thing you wouldn’t expect in South Africa is Thanksgiving! Well, we were able to find an American family who hosted it, and they kindly invited us. Mom brought one of her delicious cheesecakes, which I had helped in baking, and it was devoured. People loved it! I was so excited! I also really liked a chocolate cake there. Well, well, well! Isn’t that obvious! I also played with some kids there. They were really nice! Thanksgiving was great!

Skeleton made out of milk cartons!

Pumpkins made out of plastic bottles@ 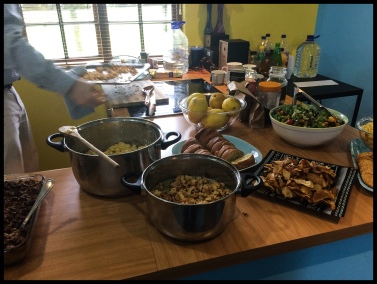 So much delicious food!

The puppy slid down the watershed. He had been following us all this way. He was a great guide. He knew where the trail was. Sometimes he’d get offtrack. Every time we thought that he had turned around and gone home, he came back to us. We gave him a couple of names. I named him Guide. Dad named him Vlad the Inhaler, because he inhaled everything. Soooooooo cheesy! Vlad was a little black-and-white dog. A few hours in we finally got to where we wanted to go. On the way up, Vlad showed his talents. He never tired.

He could also climb up steep rock blocks. Finally we could rest. We had arrived at a Cabana in the mountains with a great view. We had lunch. We gave Vlad some salami and a few peanuts. Vlad found some huge dogs and wanted to play with them. Their paws where the size of his head. I was worried about Vlad’s safety. One of the big dogs jumped at Vlad, barely missing his head. If the blow had hit, it could have been a killer. I carried Vlad out of the Cabana. I gave him some water. He was with us the whole rest of the way. We found another dog Vlad’s size on the way back. While we hiked up the hill to the village, Vlad roughhoused with the other dog. We had a great time.

The next time we hiked was to go to a cave. It was a long, boring hike through a couple villages, and there was not much to see in the cave. I still liked the cave, anyway. We got into the opening, and I explored a small passageway just barely big enough for me. It really opened up. My parents joined me. We explored the cave pretty far. It was so muddy. There was one part where the mud was halfway up our shoes. We had no choice but to turn back. Then we had lunch. As we headed back to our village, a big scaredy dog followed us. We kept telling him to go home, but he wouldn’t listen.

On our way to Bran, we saw the citadel of Râșnov. We also saw the Dino Parc. It was so awesome. It was mainly one giant playground beyond my dreams. Of course, it also had a walkway with prehistoric reptiles (not ALL prehistoric reptiles are dinosaurs) . There I tried my first ropes course. It was scary but awesome. Unfortunately you could only do it twice. I still had fun, though.

Our next big adventure was on Halloween night. We toured the Dracula Castle – I still got some candy – and met some nice people. We came dressed up, so everyone wanted to take our picture. Then we did a haunted house. I tried to shoo away the monsters that jumped out at us. Good thing they weren’t real monsters!

Râșnov – Slingin’ a sword around! 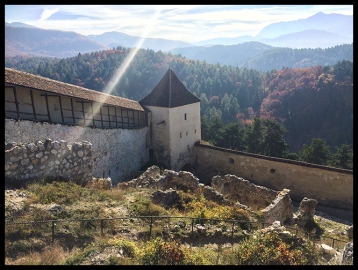 Râșnov – View from the citadel 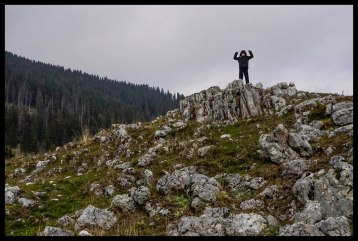 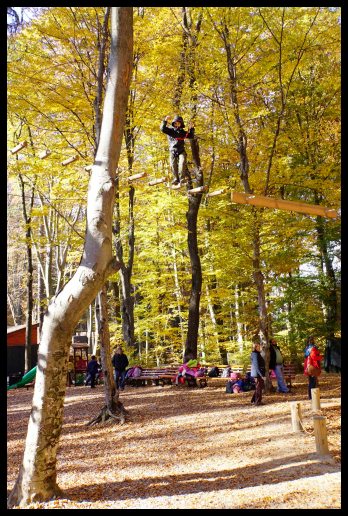 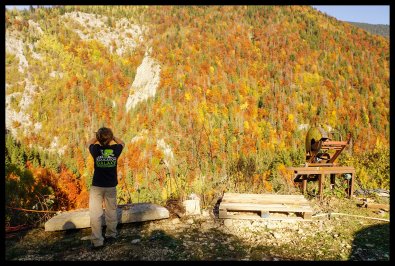 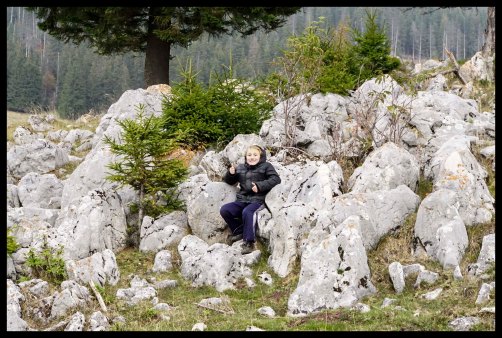 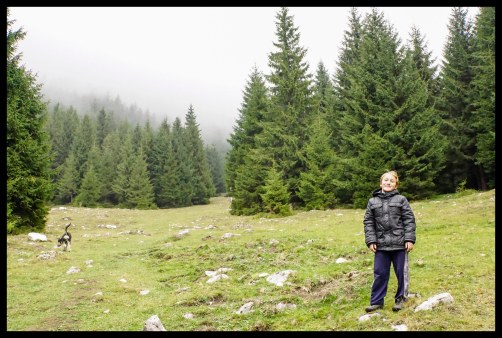 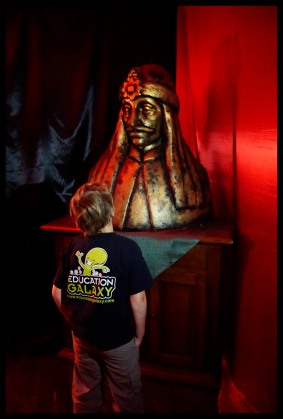 Sighișoara – The only crypt in Transylvania 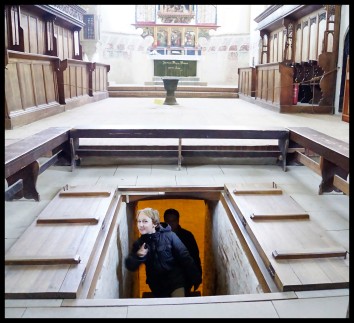 Sighișoara – To Dracula’s place of birth!

The view of Brașov 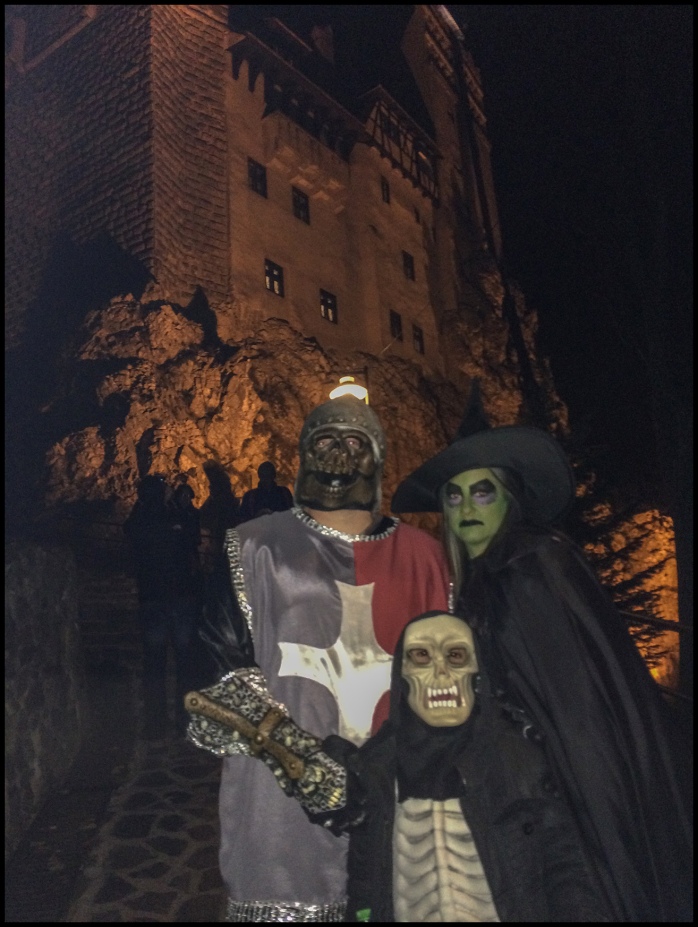 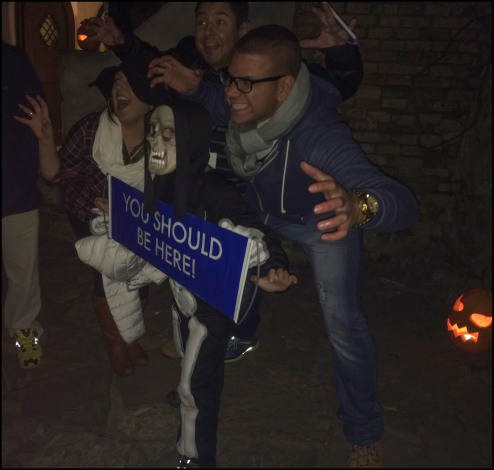 Yes, you SHOULD be here! 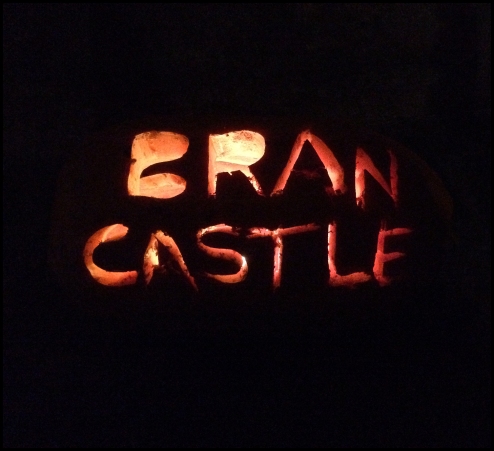 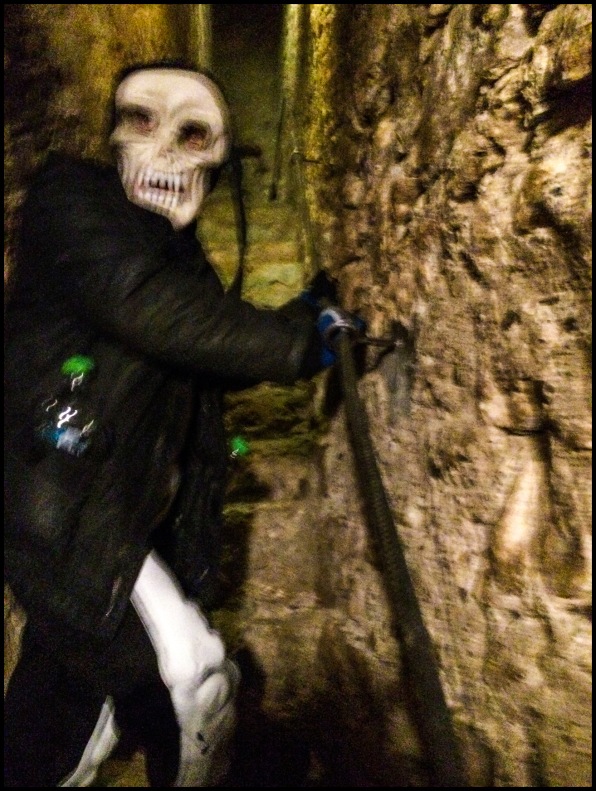 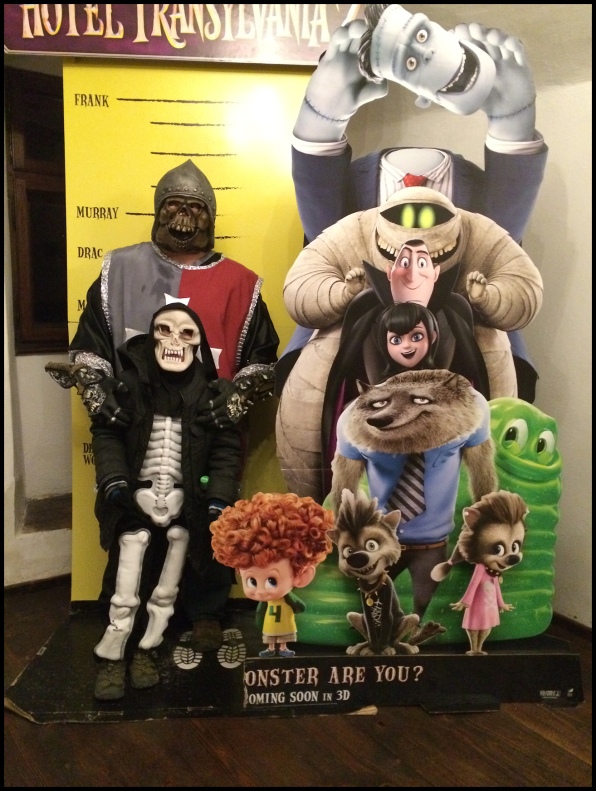 And yes, the Drac Pack IS back!