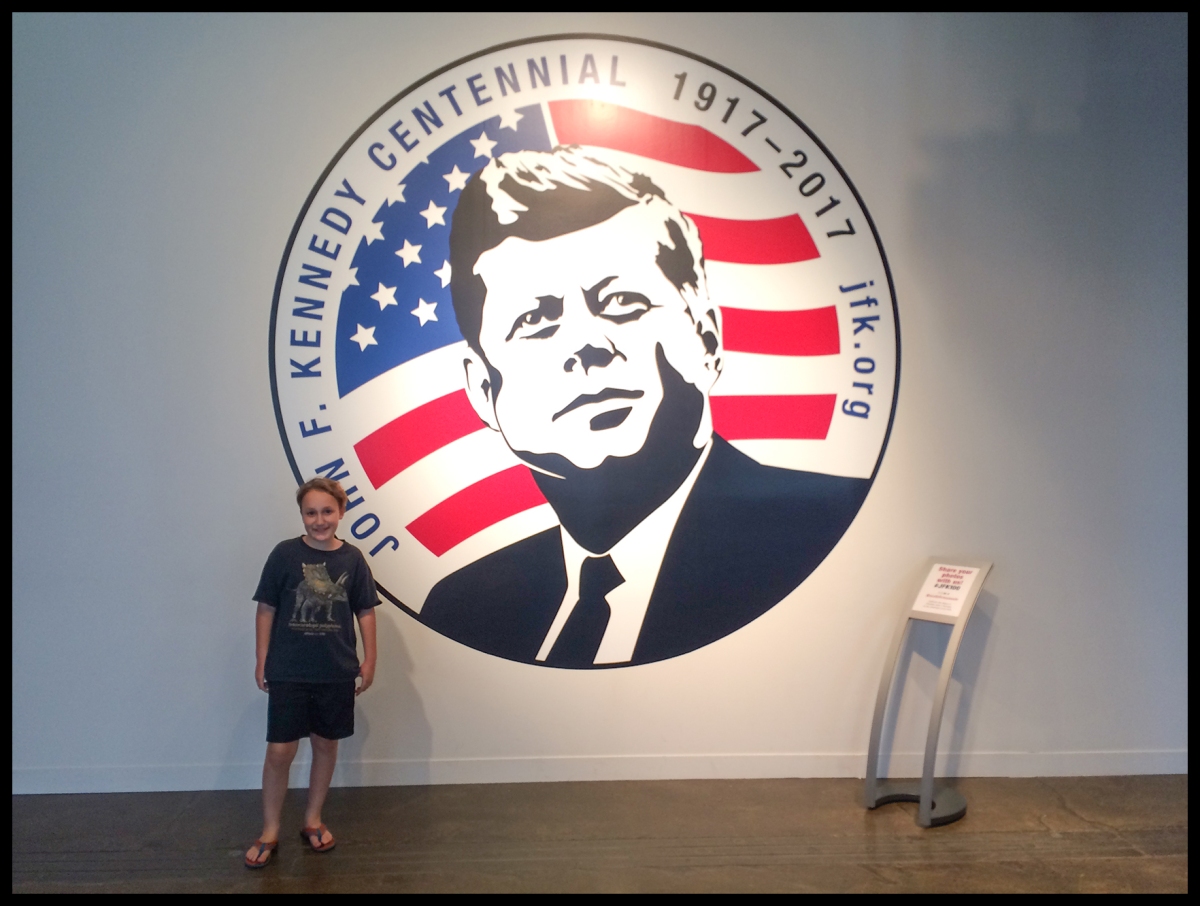 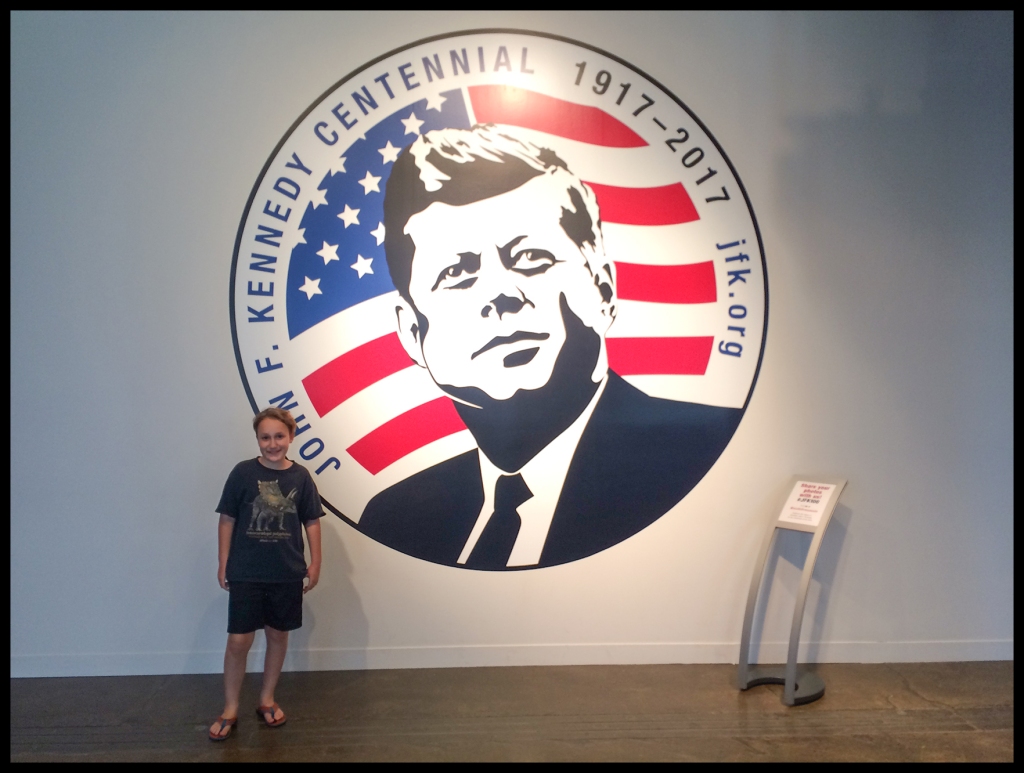 We exited the elevator, and pushed a button on the audioguides. The audio-tour had begun. Over the course of several hours, our audioguides talked about John F. Kennedy being elected President, abroad meetings, and the tour went up to visiting Dallas for reelection. Everything was going great that day. People were delighted to see him.

They turned from Main Street to Oak Street. Suddenly, a loud bang was heard, which people thought was a firecracker, and the President hurled over. It took a few seconds for everyone to realize that he had been shot. He was rushed to the hospital and tragically passed away at 1:00 in the afternoon. No time was wasted in capturing the suspect, Lee Harvey Oswald, who had many questions to answer. However, during transition, and before he could answer most of the questions, he was shot at point-blank range by Jack Ruby. Oswald was pronounced dead in the hospital, and Ruby was sent to prison for life.

The death of Oswald left a lot of unanswered questions and theories arose. There was a theory about a conspiracy to kill Kennedy that Oswald was part of. A few people heard gunshots from the Grassy Knoll, and some people believe there was indeed another shot from the Knoll that missed. However, the government denied it. When I was hearing about it, it sounded to me that Ruby shot Oswald to stop him from answering too many questions. However, I didn’t give it much thought.

Finally, the legacy of John Fitzgerald Kennedy was discussed. He took the Space Program to another level and continued the work on Civil Rights that past presidents such as Dwight D. Eisenhower had worked on. He also helped to ease the tension in the Cold War. So, we walked out of the building proud, proud of a great president who changed lives, and sad, sad about the brilliant president’s death. 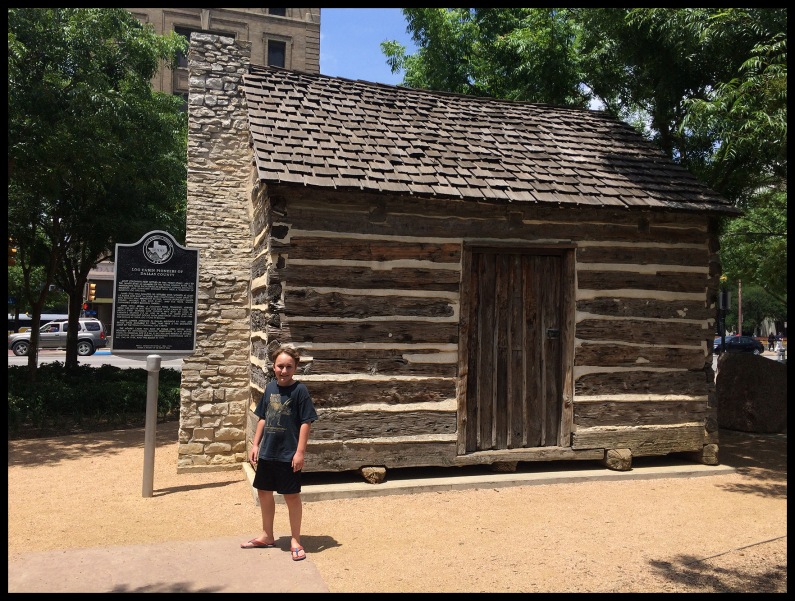 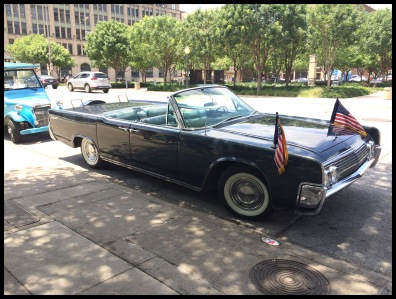 President Kennedy’s car was similar to this one. 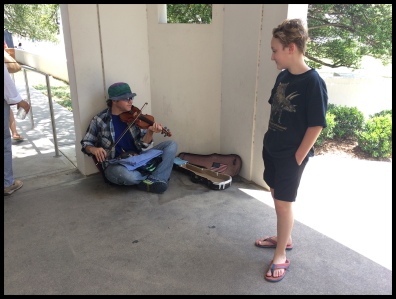 Street museum near the museum. 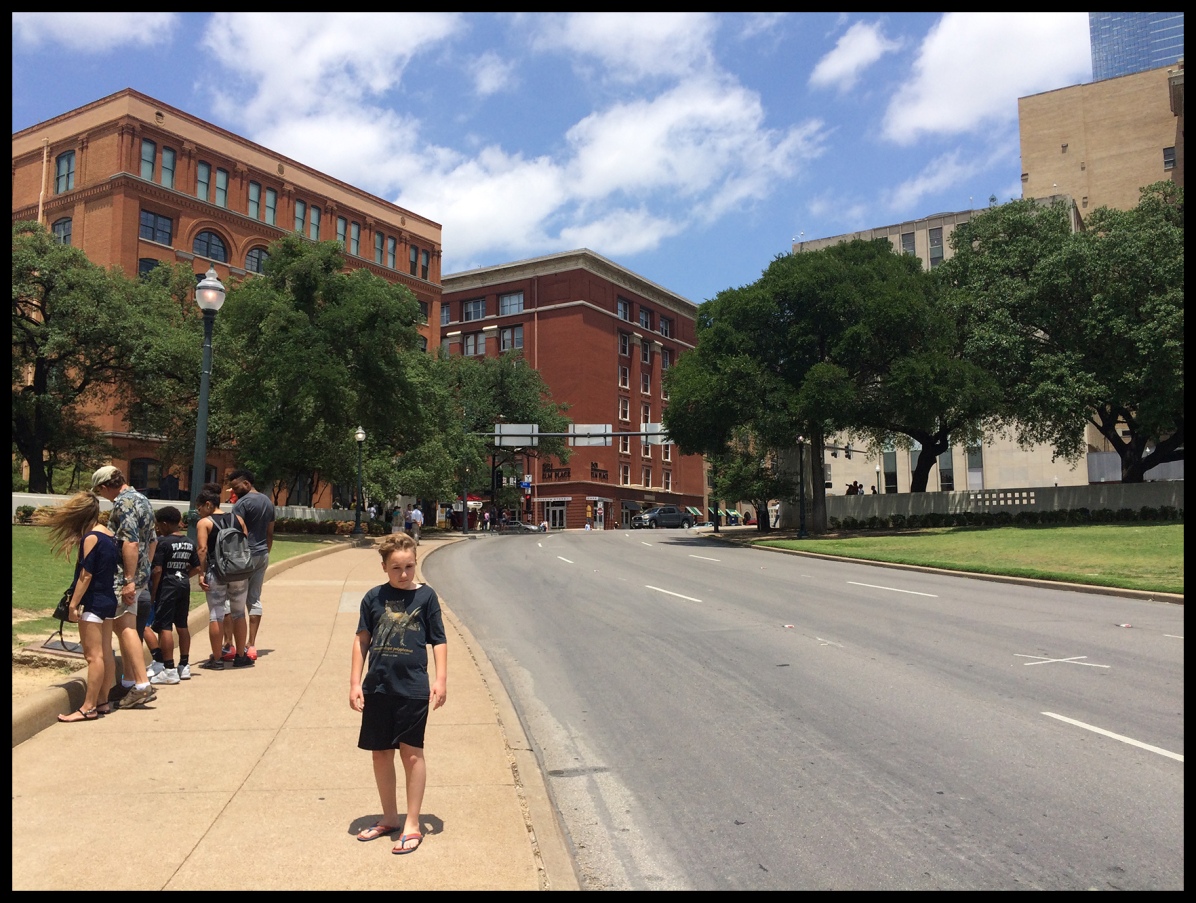 The building on the left is where Oswald hid and waited to the President’s motorcade. The “x” on the street on the right was where the first shot hit.