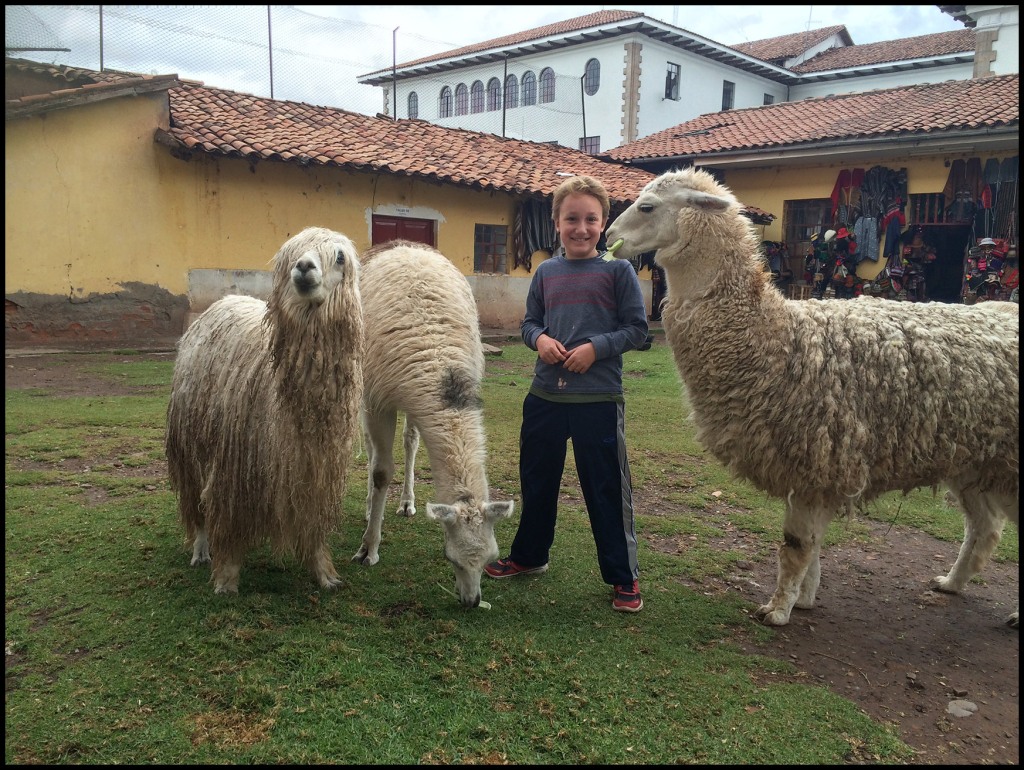 I reached out to the smallest guinea, which was also the closest. It was the size of a pet guinea pig you would find in the States. Only it was a baby. The guinea pigs all scattered. Some of them were absolutely huge, maybe even more than a foot long. The were so cute, but they weren’t pets. They were food.

Soon after our visit to the guinea pigs, we strolled around the Písac market. The square was full of fruit stands. It was a very colorful market. They also had a arts and crafts section. We bought a strip of natural powder-like colors for some friends. As we made our way to the shared taxi station, we saw a girl about my age with an adorable lamb. I loved on it and got a photo. But, as I’d said earlier, guinea pigs were food. And soon, they would be food for us.

For my parents’ anniversary, we had a special order of Cuy (guinea pig) in Cusco. Mom was feeling adventurous, so she decided to take it as her meal. She let me have a bite. It tasted like duck. I should have eaten it instead. Mom was crying as if a family member had died. Apparently, all she’d been thinking was, Poor Linny! Linny is a guinea pig in Wonder Pets, an American TV show for little kids. Eventually, after eating most of it, she let the waiter take it. But no one could take the Inca like they had taken Mom’s cuy.

The museum of sites of the Qoricancha talked about Pre-Inca settlements as well as their technology. Then they talked about the Inca, going into a lot of depth about their empire’s holdings, including the cities, and then the Spanish conquest. The Spanish conquistadors came and crushed everything in the Incas’ society. Terrible. Just terrible. Chinchero was just up the road.

We went to Chinchero, a village near Moray. We soon got a brief demonstration of the different things used for cleaning and dying wool. Then they died the wool, pointed out a couple of nearby women who were spinning the wool into thread, and lastly wove the thread into a beautiful blanket. Soon, we’d visit the site that Chinchero was very close to.

Moray was a very interesting Inca site. It was made up of 21 different terraces, going down instead of up, used to make 3 different ecosystems. It was also used to experiment with crops. The bottom terrace was the wettest and hottest. This system of terraces was dedicated mainly towards potatoes. At least in this place. What’s Pre-Inca and involves salt water? You’re about to find out.

Next, we saw the salt mines. In was an intriguing, Pre-Inca site with loads and loads of pools. They were filled with salt water, and when the time came, after the pool turned from brown to yellow to white, all water entries were blocked off. After the water evaporated, they had a pool full of salt. What a spectacular process! Read on to find out about the spectacular gift I got in Cusco.

As we were about to leave Cusco, I got an adorable stuffed guinea pig for a present from the owners of our AirBnb apartment. I played with two really little kids, before leaving. What a great gift! 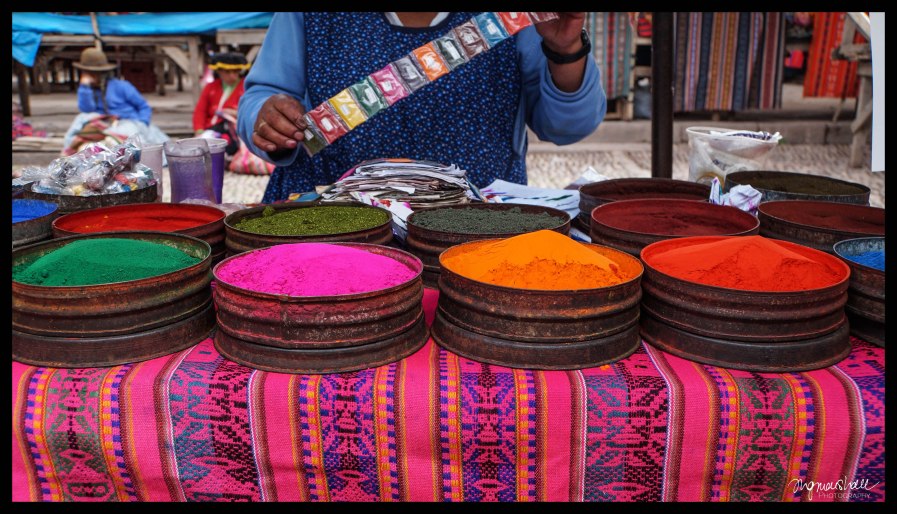 Colorful Stains for painting and dying 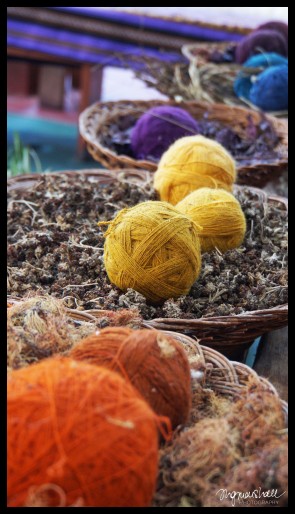 Colorful yarn with the natural material the colors are made from 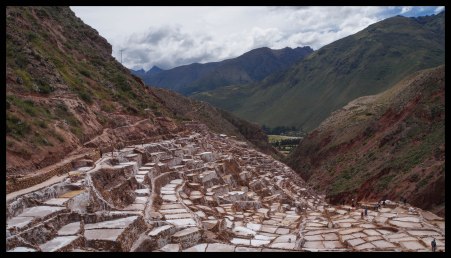 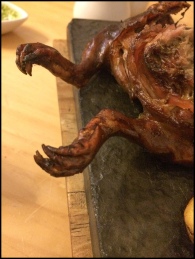 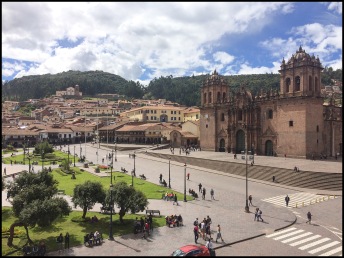 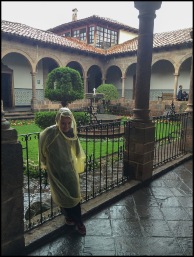