There a great many things to do, see, and eat in India.  Check out the song/video I made about some of the things I did.

We crossed over the orange stream, which was not dyed orange, but it was orange because it had orange mud. It smelled. Next we crossed a larger river. I jumped from one rock to the other. I almost missed! I found myself tottering above the small waterfall, saved only by the guide’s hand. He wasn’t there to show us the way, he was there to save our lives! Then I nearly fell again. Later, when we were crossing a rock with a trickle of water running down it, I tried to walk across, but slipped! I managed to cross by crawling sideways! Near the end of our hike, we crossed a river with a big gap between two rocks. I tried to jump, but missed! I fell in the water down to my waist! Quickly I scrambled onto the rock I had just been on. I jumped again, but this time my right side fell in the water! Then I just walked across a submerged rock. I have to admit, that was scary, almost dying four times in one hike!

The next day we saw some very pretty tea. Miles of tea, rolling up to the mountains with trees and bushes spotted here and there. It was also fun to see a machine make the tea leaves into the stuff you see in tea bags. They were cut four times, dried, and ground. The tea, though – that stuff was glorious! Good thing they actually made something, instead of turned into a tourist attraction!

Trees in the tea

Listening to a talk about tea 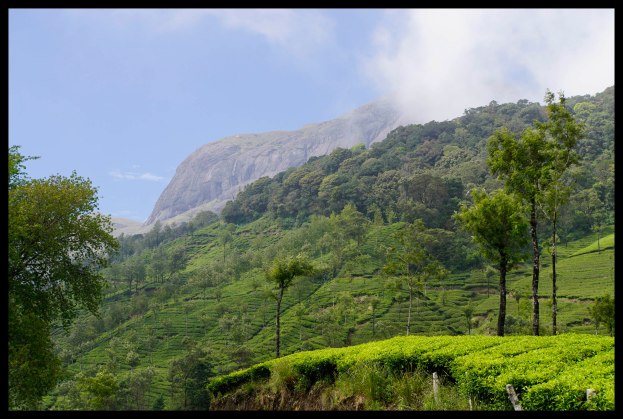 Miles and miles of tea! 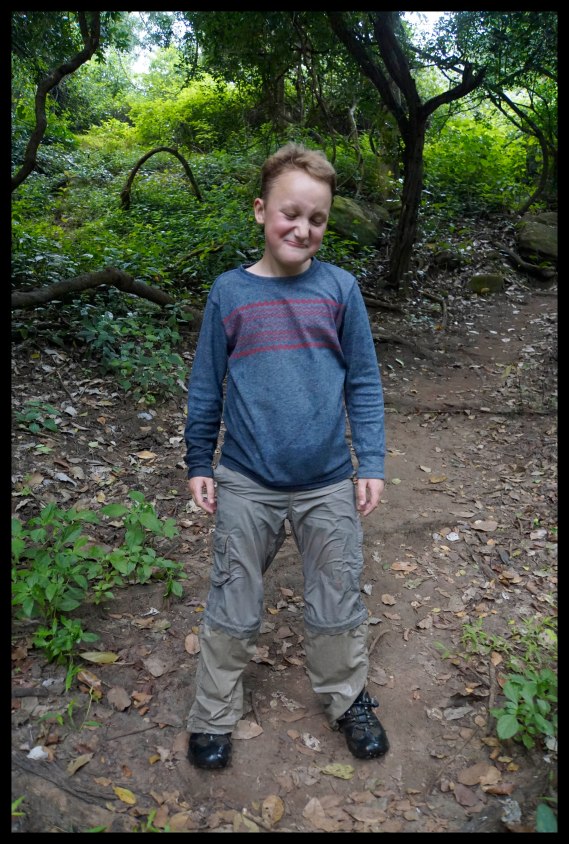 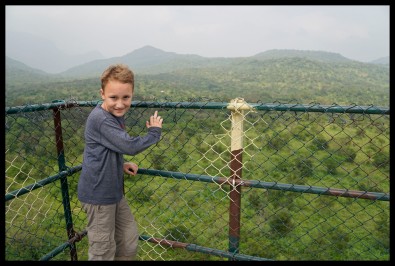 The view of the wildlife preserve from the tower 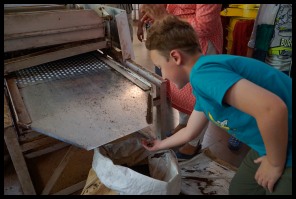 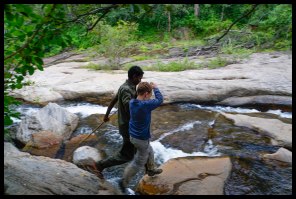 Getting help across the river 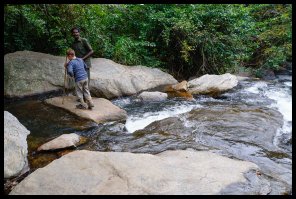