“I can’t believe he didn’t even charge us,” my mom said.
The conductor of the train had just come by. He had revealed that we had gotten on the wrong train. We were surprised by his kindness to not charge us. We still had to get off on the next stop, though. When we got on the train we were supposed to get on in the first place, we realized that it was much slower than the train we had accidentally got on. We reached Venice and got off, I was so impressed and amazed. “Awesome,” I thought, “This is really, really cool.” We got to our apartment and hung out there for the rest of the day.

The next day we walked around and explored the city. We found the Jewish ghetto. It was the only place in Venice Jews could live in the 16th – 18th centuries. There were only a few bridges, and these bridges used to be guarded. Talk about strict! Tiny, too! It was so small. It was just one plaza with buildings all around it. This plaza wasn’t as big as Saint Mark’s Square. It was about 3/4 the size of Saint Mark’s Square. Not only that, but the day we went was also a Jewish holiday, Simchat Torah. We saw them sing and dance. They were really partying!

We got back to our apartment and a few hours later saw Opera Balleto performance, which is a performance of arias and short ballets from various operas by various composers. The players wore masks and the singers wore wigs. Sometimes they sung such high pitches that I covered my ears!

The next day we went to Island of Murano. There we saw a glass-making demonstration. The company had one of their best glass-makers make a small vase and a little horse. The horse took about two minutes to make. The vase took much more time to make. When the vase was done, another glass maker threw in some paper. The paper caught fire and burned to ashes! 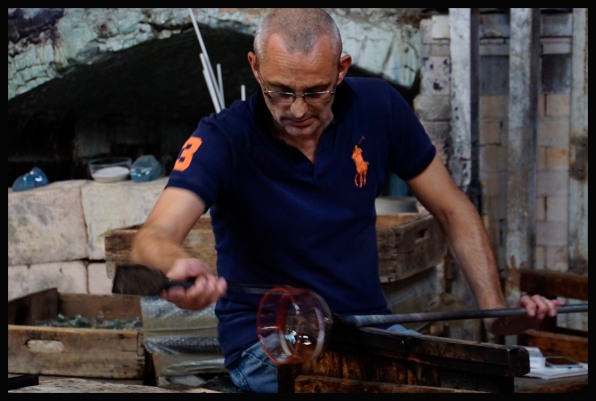 Next we took a vaporetto to the Island of Burano. A vaporetto is water bus and is one of the major forms of transportation in Venice.  Burano is known for its colorful houses and its lace. We saw a lot of lace there. I wasn’t particularly interested. We walked around Burano, and mom popped into a lot of lace shops. We tried to find a place to eat lunch, but we were unsuccessful. We ended up skipping lunch and going back to the main island for an early dinner.  We ate at Osteria Mascaron. We picked it because Anthony Bourdain ate there, too. I had cuttlefish with black sauce. It was surprisingly really, really good.

We woke up early the next day. We walked around Saint Mark’s Square and took some pictures. We almost had mass in Saint Mark’s Cathedral, but when we checked inside it was really noisy from all the renovation. It was too noisy for mass. We went back to our apartment. Later we took another walk around the city. We rode a traghetto, which a gondola that takes you across canals, across the grand canal. We had a very awesome time in Venice. It is very – how do you describe it – Venetian. #PureUniqueness

Checked out this unique bookstore 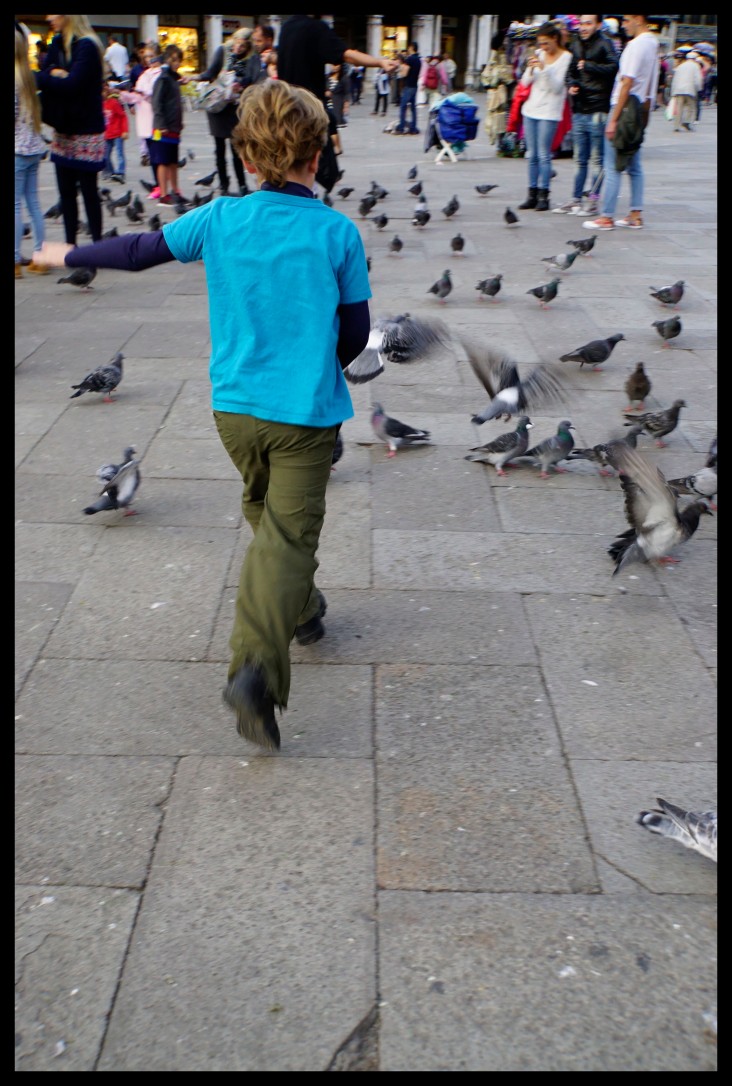 The mouse left me 2 euros! 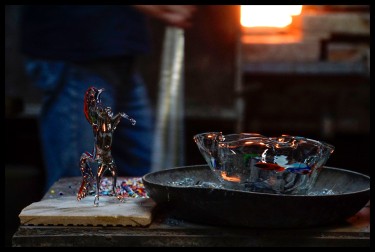 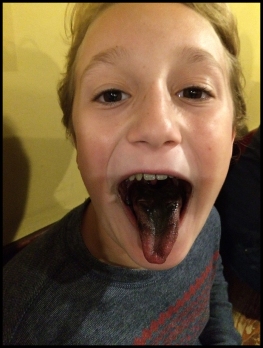 Cuttlefish made my tongue black! 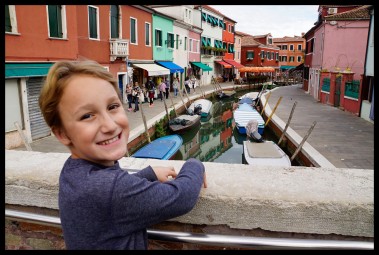 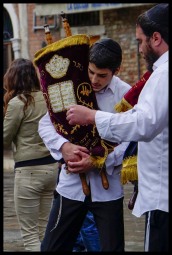 Holiday Celebration in the Jewish Ghetto