We arrived in Jodhpur. We were tired, so we didn’t do much. One day, we saw the clock tower, Umaid Bhawan Palace, and did an art class. We spent hours at the art class, which was a huge relief from the commotion of the clock tower area. I painted a part of a weapon to go along with one of my stories, while my mom painted a blue elephant.

Another day, we saw Mehrangarh Fort. We later learned that the fort was one of the most well preserved forts in all of India and that it had been built by Rao Jodha around 1460. We learned that it was never conquered. My dad zip lined a zip course. It took a lot of courage. There was a lot of musicians, one whose music I danced to, and another whose instrument I tried to learn to play. We also saw a performance of mellow music and toured the museum in the fort. It got boring for me. Afterward, we rested from the long day in their hotel. As we headed for the dunes (visit Down in the Dunes) with our new Australian friends, the honking and fumes of Jodhpur started to stray away from our ears and noses.

Jaipur was pretty cool for me. On the first day, we saw the monkey temple, which was full of pigs, cows, monkeys, and dogs. We also painted and fed elephants. I painted a couple of flags and a smiley face. We all fed the elephants bananas. The bananas were like a treat to the elephants. That was my favorite part. I really liked it. When I said goodbye and hugged the elephant, I noticed that the beasts had very wiry hair. The next day we saw the amber fort, which I liked because of all the passages. We also saw some other tourist attractions, such as the Water Palace and the Hawa Mahal. 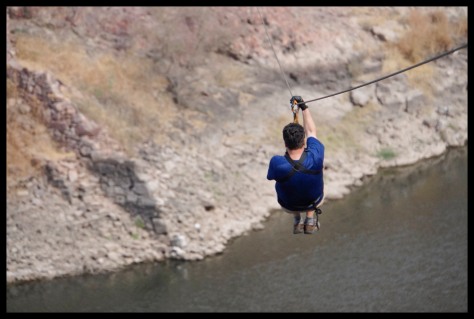 Jodpur – I was so nervous watching dad! 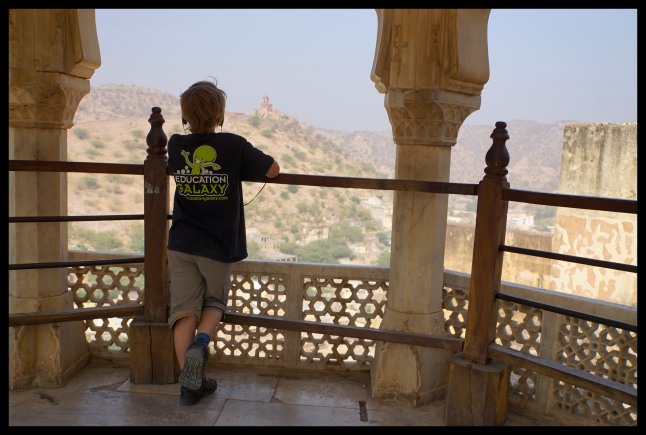 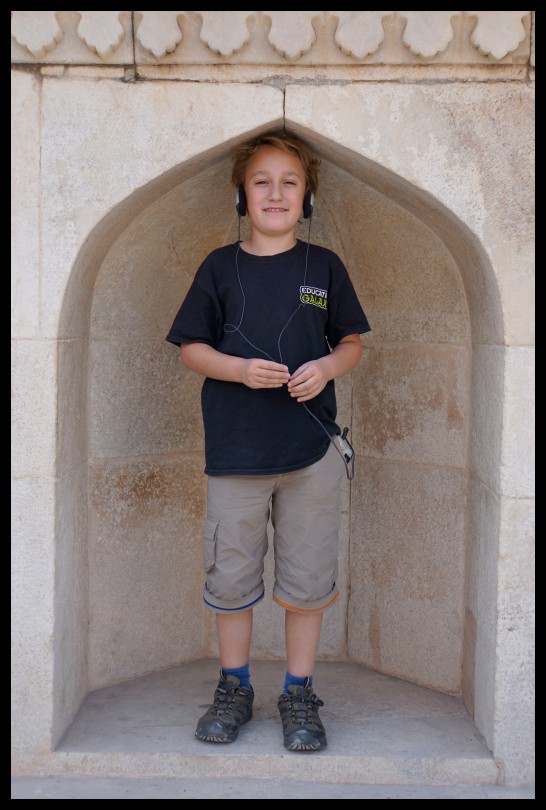 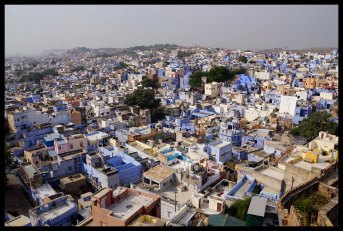 Jodhpur – Goofin at the Fort 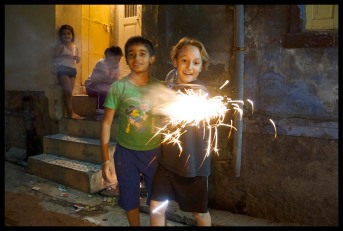 Jodhpur – View of the Temple

2 thoughts on “Rajasthan for Real”