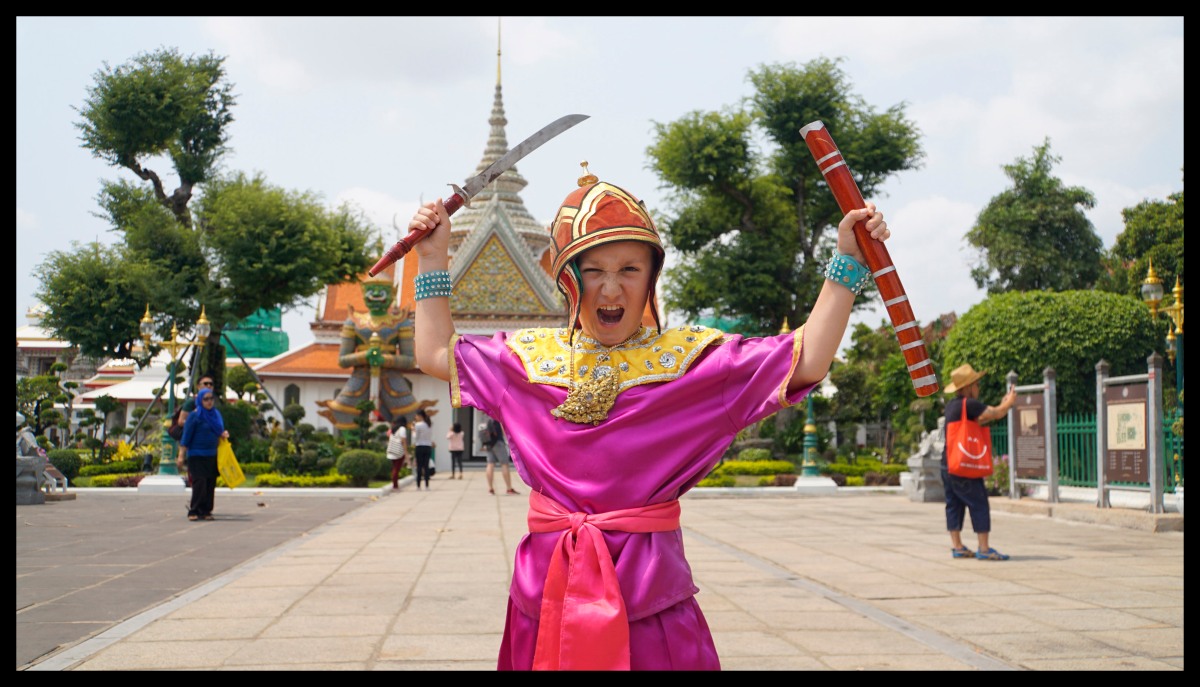 We finished up our greasy KFC and headed upstairs for the movie theater. It took up a whole floor in the mall! We were watching Zootopia. The movie was really good! Even my parents, who had not been looking forward to it, liked it. It taught some crucial life lessons, from the evil of people who attempted to gain power by spreading fear to the importance of stealth. It also had some jokes, from simply having a carrot on the back of a cell phone, to “What… do you call… a… three-humped… camel?”. 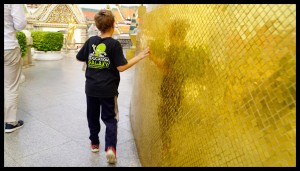 The next day we went to the Grand Palace. Our time there felt perpetual, but we only spent about an hour and a half. There were a countless number of European style buildings with Thai style roofs where access was prohibited. It was a huge complex of multiple buildings that were each unique. Some were temples, others were museums, and others still were mysterious. 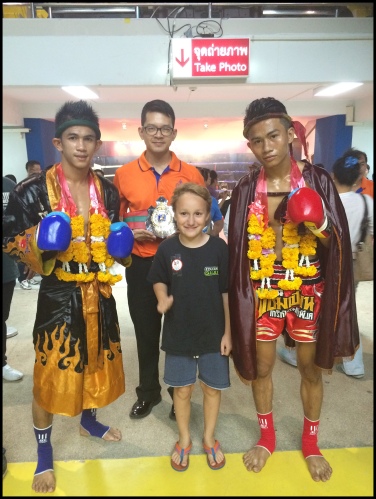 Later, we had some ice cream, and at night, we saw Muay Thai, without mom. The fighters were tiny, ranging 100 to 131 pounds! Despite their minute size, the fighters put up a good fight, always ending up with pinkish stomach areas waiting burst with blood. The fighters kicked and punched and even kneed each other, and occasionally someone got thrown on the ground.

On our last day, we saw the royal barges, and then took a tour through the canals, stopping by a temple dedicated to… scaffolding. Just kidding! It was covered in scaffolding, though. We also got some epic pictures to end our awesomeness in Bangkok. Awesome Man! 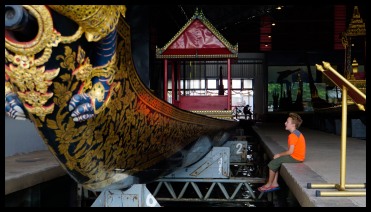 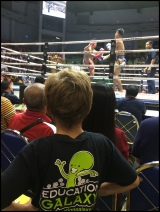 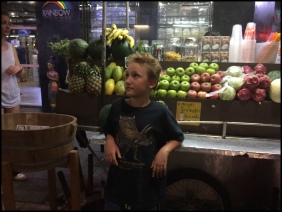 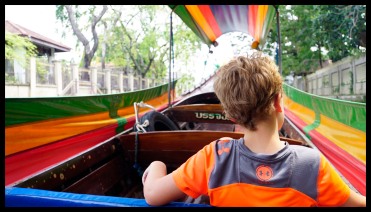