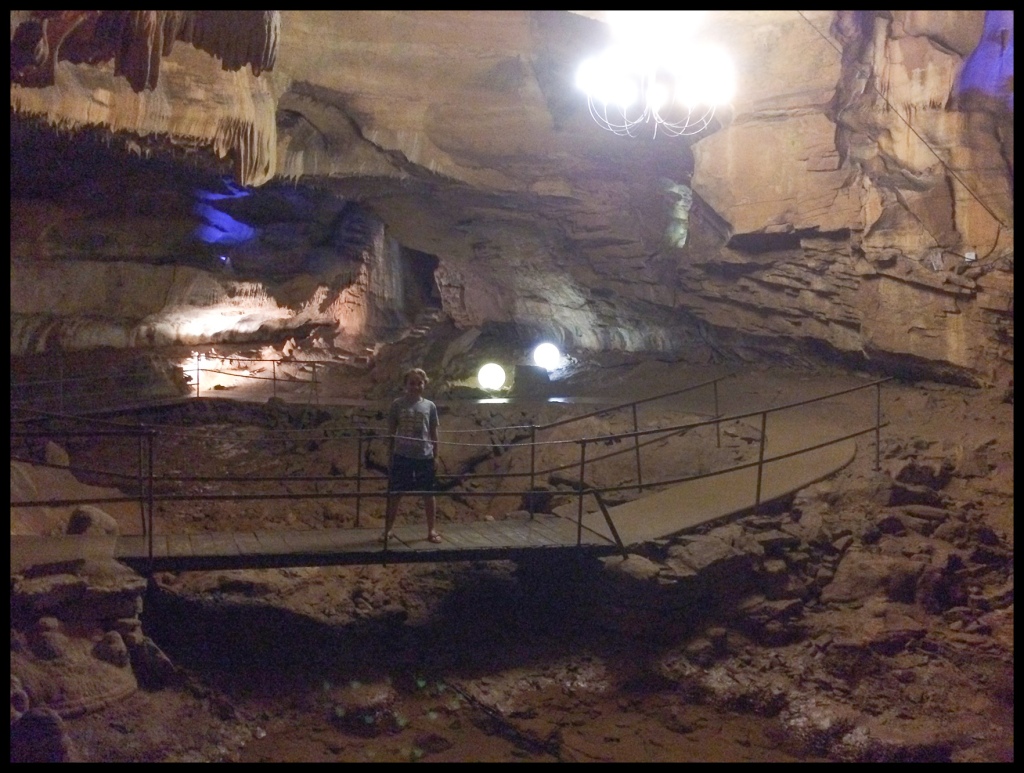 I stepped into the opening. A vast cave system stretched before me, as far as the eye could see. These were the Baume caves. Stretching roughly three kilometers (around 2 miles) and consisting of many rooms, the Baume caves were a spectacular sight so see. The first room, like all the rooms in the cave system, had circles at the top, caused by swirling water, roughly 20,000 years ago. That’s a long time! All along the walls and the ceiling where black ovals, each about the size of my fist. These… were caused by bats. Good thing it was summer, because in winter, that room would have been full of bats. I nicknamed that first room “The Bat Room”. The next room was covered in veins, and had a loud, yet comfortable echo. The echo in the second room was similar to the echo in most auditoriums. Hence, I nicknamed the room “The Concert Room”. There were a couple more rooms, such as, the Lake Room, which I called, “The Picture Room,” because the rock formations could be used to create imaginary animals. The next and final room we saw was the Tombstone Room. I didn’t give this one a nickname, because the name it had suited it very well. It’s called the Tombstone Room because the rock in the center looks like Napoleon’s tomb in Paris. We walked back, through the amazing Picture Room, the booming Concert Room, and the fascinating Bat Room, to the open… and breathed fresh air. 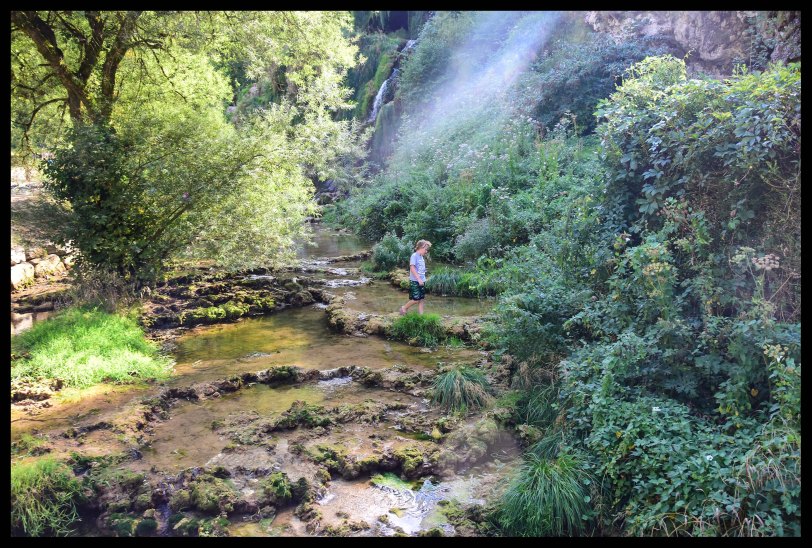 Playing the stream before going into the caves 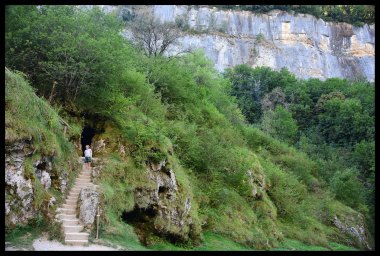 This place is HUGE! Can you find me? 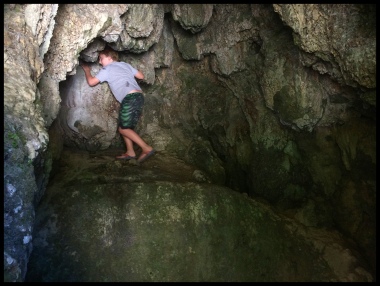 Exploring the rock formations outside the caves.