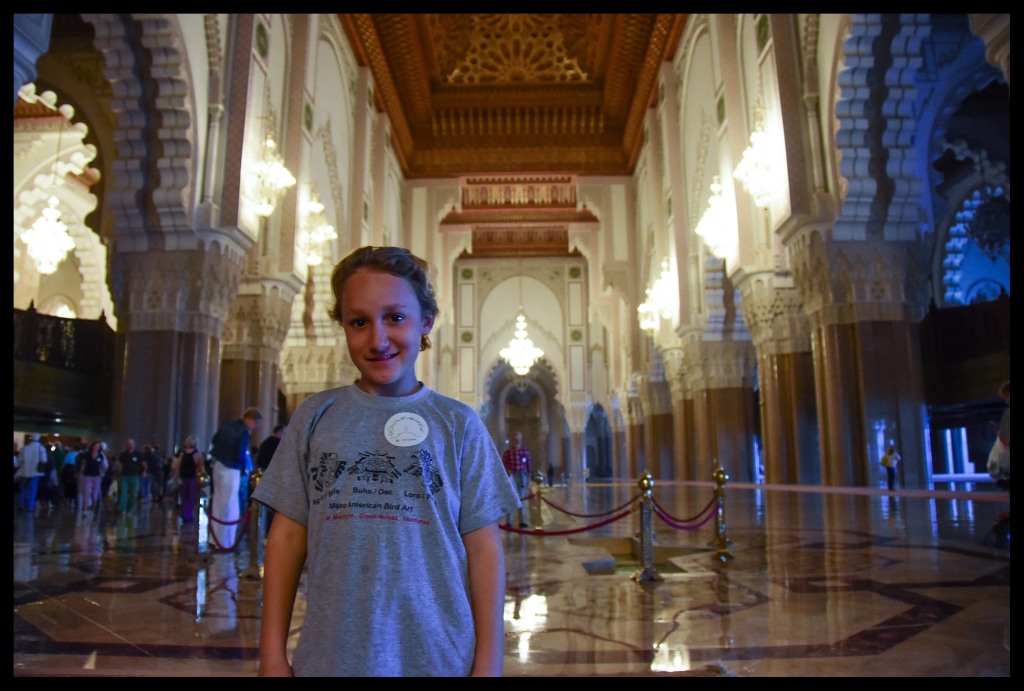 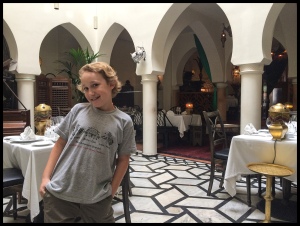 Also in Casablanca, we saw the amazing King Hassan II Mosque! It is the third largest mosque in the entire world, and is made of material almost entirely from Morocco! Wow! That must be hard to do! Apparently, it holds twenty-five thousand people. Imagine twenty-five thousand people, simultaneously praying in the mosque. What a sight that must be! Twenty -five thousand people! Also, when it is hot, or the weather is nice, guess what they do. They open the roof up! It opens in three seconds, and closes in two. Amazing! Unfortunately, we did not get to see them open the roof up, but when they do, I imagine it is amazing. You must be very lucky if you see the roof. Also, we saw a room where they wash themselves before praying. There, they had special, natural de-humidifying columns. I don’t remember what they were made from, but I do remember that the recipe involved raw eggs. Yuck! From what I can tell, Casablanca was CRAZY! 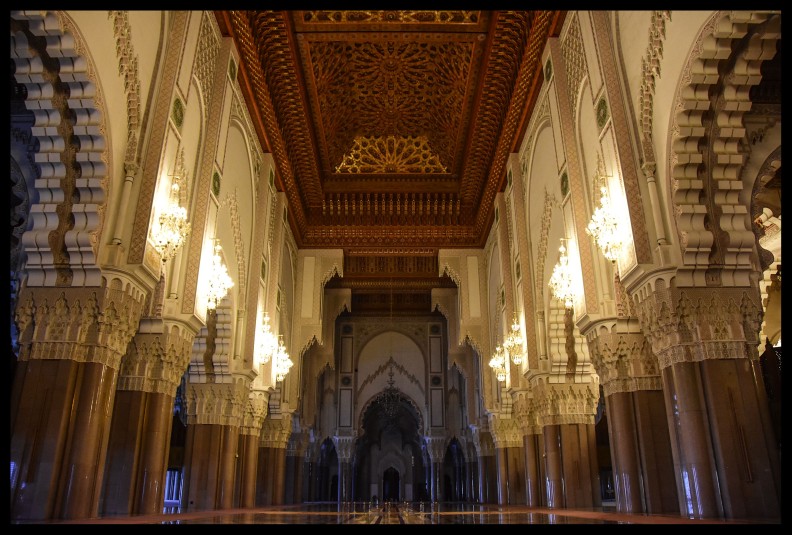 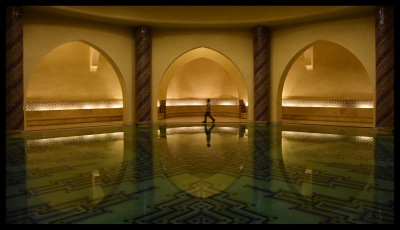 The bath under the mosque. It has nothing to do with the mosque and prayer, but is there as an example for tourists to see. 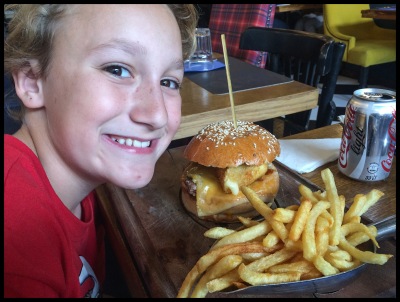 One thought on “Crazy Casablanca”