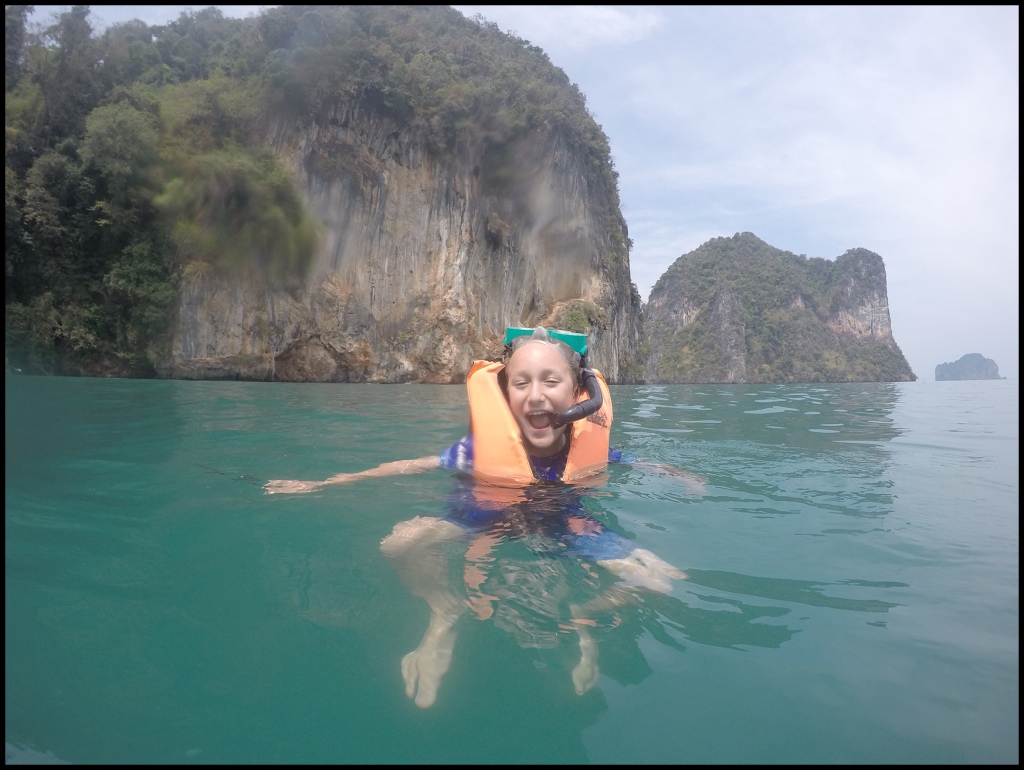 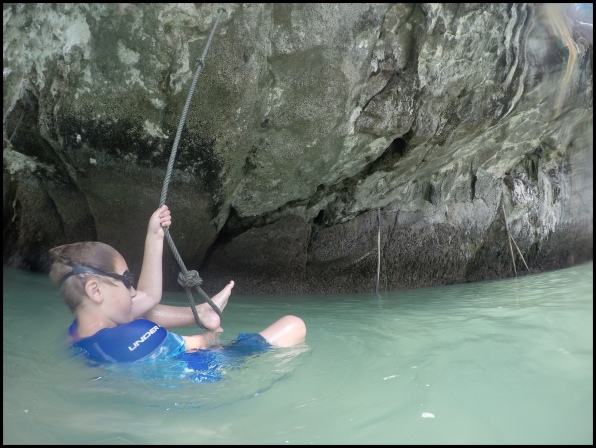 The lagoon was very shallow, and I could touch in some places. To our left, there was a cave with a submerged bottom, but the top was high above. Hanging from one of the stalactites was a rope with knots in some places, and an underwater loop at the end. Later we would realize that there was a big rock a couple feet below the loop, which was almost at the surface. We figured out how to climb up. I put my left heel in the loop, which acted as a stirrup. Then my right foot stepped on the first knot. Slowly, I lifted my left foot onto the first knot, and my right hand grabbed hold of the second knot. Then I fell right on my but and started sitting on the knot, both hands holding onto the rope. Then I fell backwards and splashed into the water, as if in slow motion. That was one of the best parts of our boat trip.

Another was when we went to a beach on the other side of the lagoon. It was white sand, and empty. It was short, but getting longer by the minute as the tide went out. Down a path that was overgrown on the sides, was a little cave, where the floor was perfect, powdery white sand. At the beach, the water was so clear that there was no need to snorkel. I saw a spiky arm, like an octopus’s, near a rock, but soon realized that it was a baby moray eel! We tried to get the goggles and told the driver what it was, but he didn’t speak much English, and he wanted to get a move on. We found two great places to snorkel that had fewer than five boats each. Through a piece of bread or pineapple in, and the fish, which we saw perfectly from the boat, attacked it like mad. We found that rice was the key. It was like their dessert. They went everywhere, and I tried to grab one. That action had a deleterious effect. My right thumb hit the spiky fins on its back, it seemed as if my thumb had been paralyzed. However, by the end of the day, my injuries were so minor that they seemed not to have happened. Lucky me!

Stabbed by a fish fin! 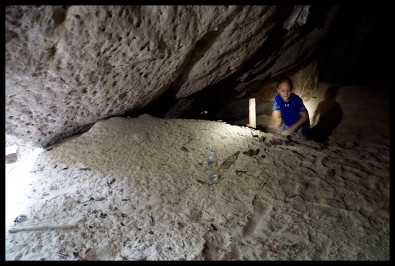