The upside-down museum wasn’t what we’d expected. It wasn’t even a museum. Every room was upside-down, though, except two, which were sideways. We took a lot of pictures, and had fun doing silly things.

One night, we had lots of fun in the park. It was Saturday night, so it was packed with kids and their families. While the adults hang around, me and my new friend, Lily, ran around the park and had lots of fun. Lily was an eight-year-old who was traveling the world for 6 months with her parents. She was doing road school, too. Lily was very convivial. Just like me! My favorite part of the island was the fire show. The fire dancers swung the fire around so quickly that it was snuffed out by its own wind. They even blew on the fire, and it looked as if they were breathing fire. When spinning the flames, they got so close to you that you had to step back, in fear of being set on fire. It was the most magical thing ever.

Learning to be a puppet master

Climbing the walls with Lily 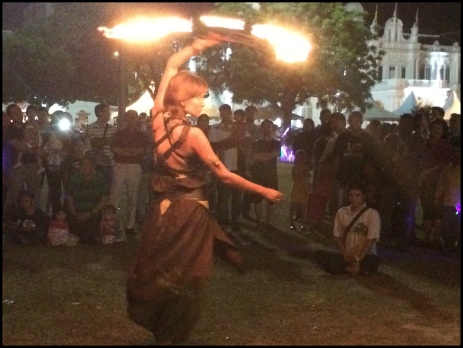 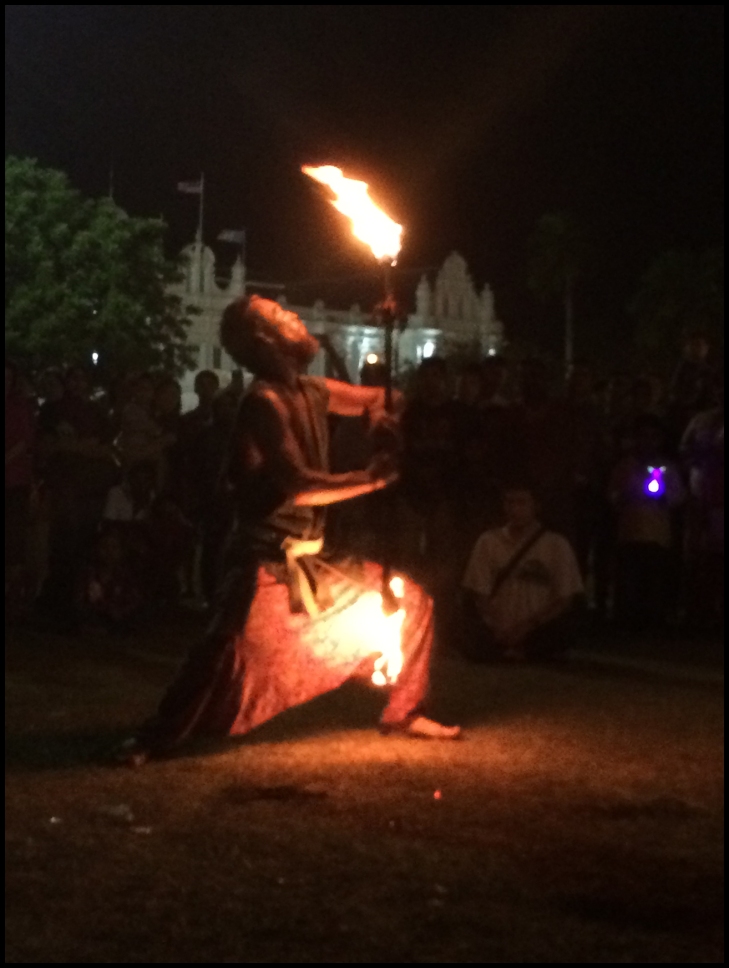