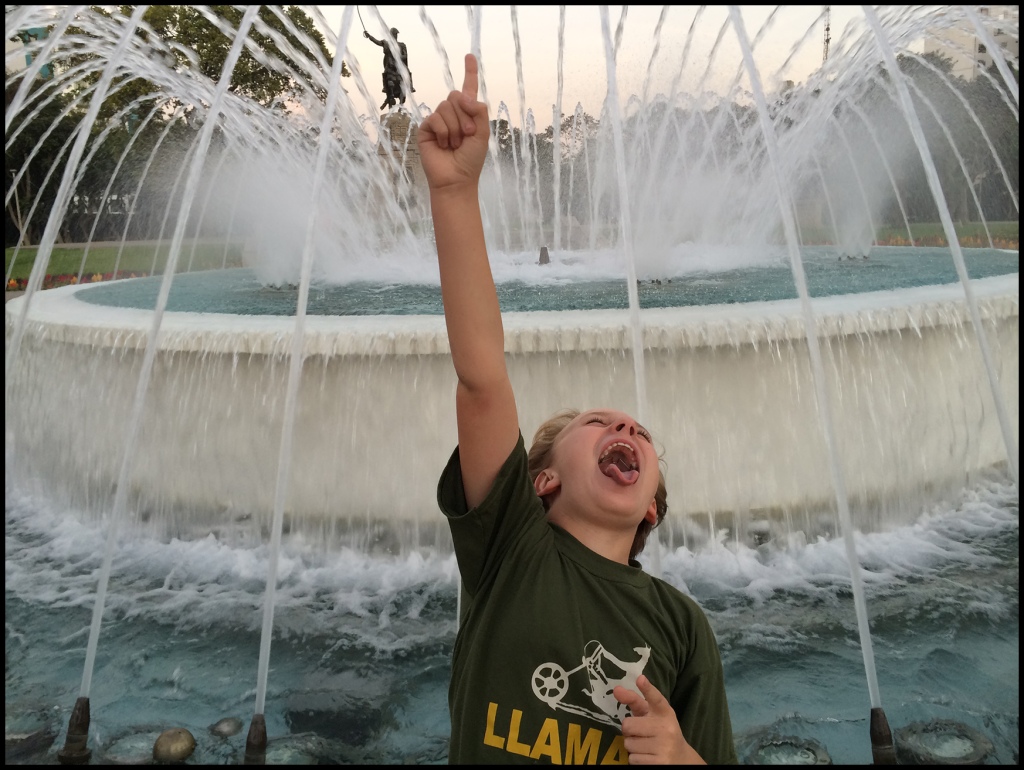 We didn’t do much in Lima, but we did walk around and see some amazing fountains.

The walk was special. We saw many, many dogs, some of which had twins. Below us, in the ocean, we saw lots of people surfing. Most where still paddling out, but some where riding waves. When we reached the mall, we found a place to eat and had our meal. The mall was open air and really cool. We got ice cream and walked around. I was amazed.

Also we saw some colorful fountains and a laser light show. During the day, a couple of fountains were free for kids to play in, but we didn’t have my bathing suit, so I couldn’t play with them. There was also a tunnel made purely of water in the park. There was also a statue of Sucre, one of the South American men who had helped defeat the Spanish, in the park. The park was amazing. It was so beautiful.

We just happened to walk around town at about the time when the presidential guards would switch at the presidential palace. They had a big ceremony, and I was kind of bored. It was still kinda cool, though.

2 thoughts on “Lazy in Lima”