After that we saw the temple of Zeus and took a few pics. It was never completed and no one knows why.

That night we went to the park by our Airbnb. There I met my Greek friend Costadinos. We played for hours in the playground.  That was fun!

Soon before night fell, we had our first Baklava. It was delicious!

The day after that we saw The Ancient Agora of Athens, which is an ancient public square where they talked about political issues and gathered for social events. This was built about 2,500 years ago with a sewage system! Wow! That’s crazy! We toured the actual area where democracy started. The actual area! We also got a great view of the Acropolis by the Temple to Hephaestus. It was amazing! On the way we stopped by a Greek Orthodox Church built in the 11th century A.D, over a thousand years ago. Next I fed the pigeons in Syntagma Square.

All this was after 8 A.M. Good thing it wasn’t before!

I really liked Athens because I got to play with a friend and saw a lot of things I was interested in.

At the Temple of Zeus 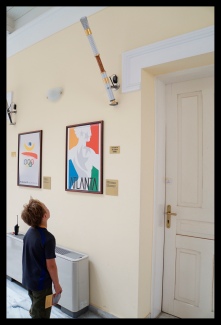 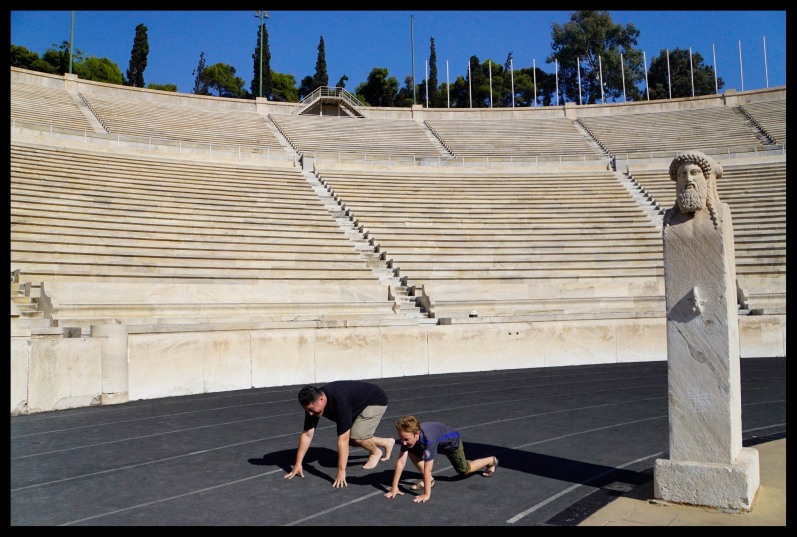 Racing dad in the Olympic Stadium 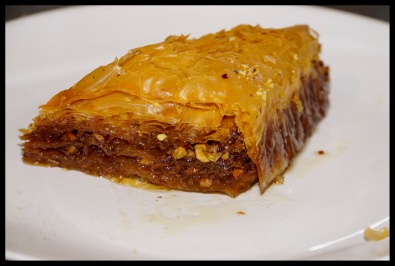 Feeding the birds in Syntagma Square

The Ancient Agora and Parthenon

One thought on “Epic Athens”